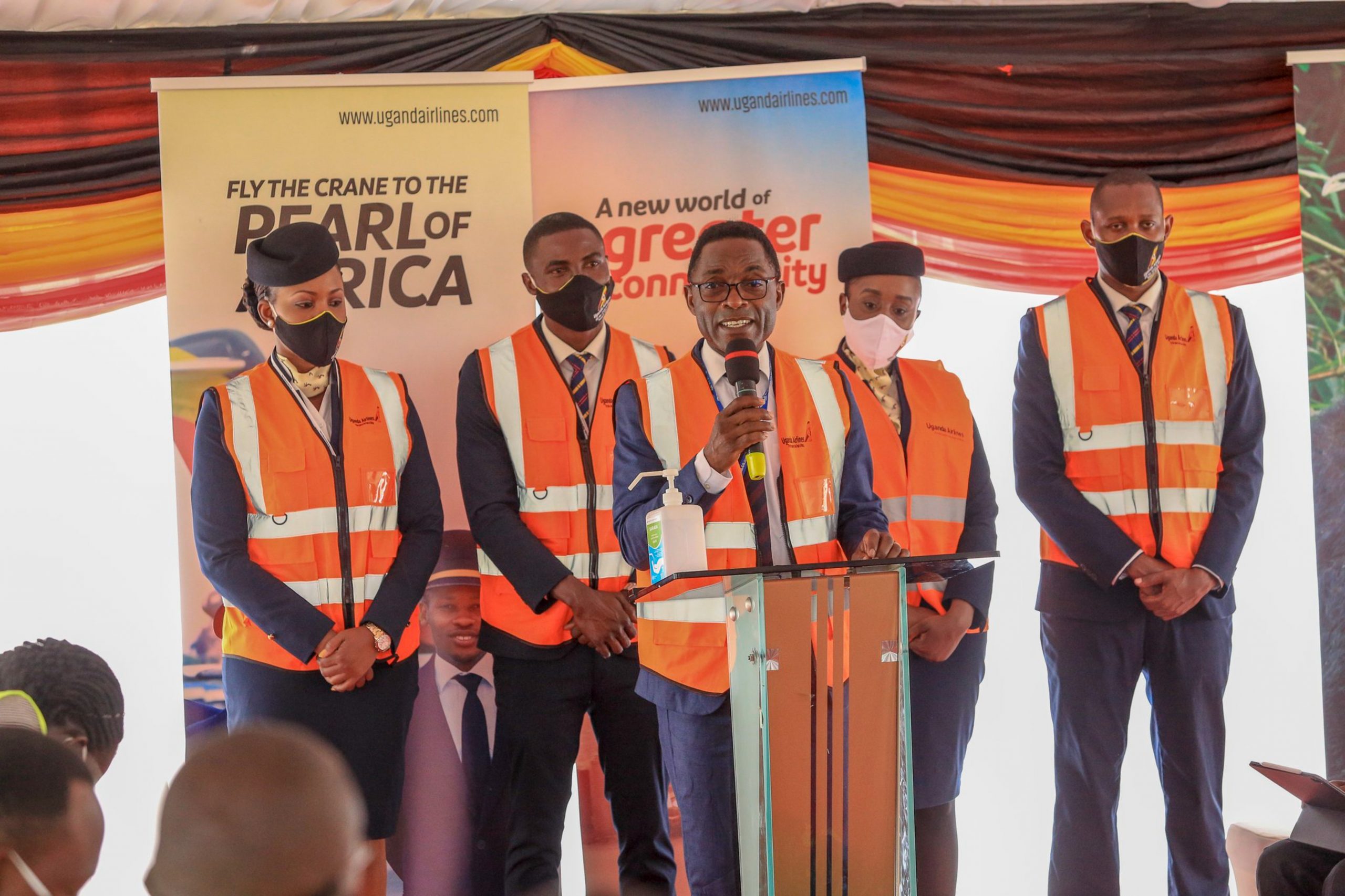 The former Chief Executive Officer of Uganda Airlines Cornwell Muleya wants the government to reinstate him or pay him over Shillings 3.5 billion in terminal benefits, for his unlawful termination.

The development comes almost a month after Waiswa Bageya the interim Chairperson of the Board of Directors of Uganda Airlines and Works Ministry Permanent Secretary said they had terminated Muleya’s contract.

According to Bageya, the interim board took the decision to terminate Muleya’s contract after concluding investigations and disciplinary proceedings against him and other suspended staff.

Bageya says the other managers and officers were reinstated or still on suspension pending the conclusion of investigations.

He added that the Inspectorate of Government had also picked interest in the allegations against the suspended staff. At the time, he said the interim board was still waiting for the decision of the Inspector General of Government on the matter.

The board chairman says that they would pay the terminal benefits of the affected staff but did not mention the figures. He however disclosed that Muleya had been earning close to Shillings 120million as his monthly gross salary.

Muleya was hired in September 2019 as CEO of Uganda Airlines by the Works Ministry and renewed his contract three times before sending him on forced leave and suspension last year.

His contract was renewed in 2021 and it was bound to expire in September 2022.

However, Muleya claims that the interim board issued him a notice to terminate his contract on February 15, 2022, in disregard of the due process.

Now, through his lawyers Muwema and CO. Advocates and Solicitors, Muleya accuses the government of unlawfully suspending and later terminating his employment contract.

He wrote to Bageya on March 28 as the interim board Chairman and PS Ministry of Works over the matter. His lawyers noted that Bageya who authored the notice to terminate Muleya’s contract did not disclose the reasons for the decision.

“His contract of employment did not have a termination clause and Muleya was also “never heard in any disciplinary proceedings,” reads the letter.

The firm concludes that the “purported suspension and termination of our client’s services as the Chief Executive Officer of UNACL was done contrary to all due process and the law. It presents a case of witch-hunt wrought with malice and it reeks of irregularities.” As a result, the law firm says Muleya is demanding immediate reinstatement as the CEO of the company and “an unconditional apology for the material inconvenience, reputational damage and loss suffered,” part of the letter reads.

They warned that should the government fail to comply with their demands, their client will take legal action and demand his terminal benefits amounting to Shillings 3,545, 186,318.

The law firm says the board levelled five unsubstantiated accusations against Muleya, which include alleged failure to supervise and curb corruption of staff under his watch,  delayed operation of the Airbus A330-800Neo and the self-handling project. He was also accused of gross procurement malpractice, financial mismanagement and unethical human resource practices in recruitment.

However, Muleya asked the government to provide copies of the investigation report into the alleged mismanagement against him after he was sent on forced leave and on suspension and a copy of the proceedings and resolutions of the board of the airline upon, which a decision was made to terminate his services.

The documents should be provided by April 1. “Failure to avail the above-mentioned documents shall confirm the absence of any merit in the allegations levelled against our client,” the law firm noted.  The lawyer says the move to terminate Muleya’s contract has “occasioned immeasurable loss and damage” to his “distinguished career in the aviation industry, which he has built over the last 20 years.”

“You cannot be in the wrong and threaten to sue us. Let him sue and we shall argue in court,” Kiwanuka noted.