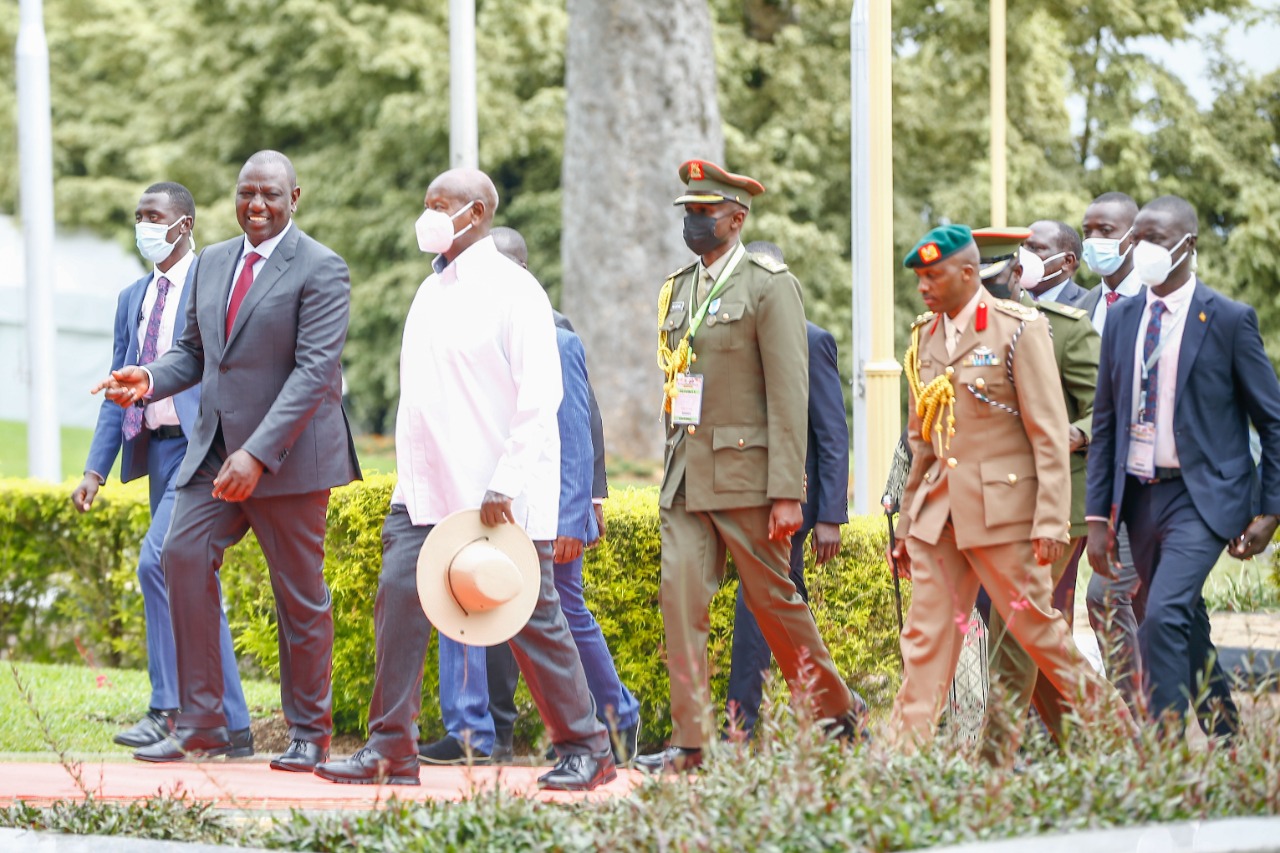 At least five Heads of State have arrived in Uganda ahead of the 60th Independence Day Celebrations slated for tomorrow 9th
October, 2022 at Kololo Independence Grounds.
H.E President Yoweri Kaguta Museveni will be the chief guest at the event that is expected to gather thousands of Ugandans.

President Museveni hosted the five heads of state and other foreign visitors to a State dinner at Speke Resort Munyonyo.

Before the dinner, Mr Museveni hosted Kenyan President William Ruto for private talks at state house Entebbe, following the first son’s Twitter outbursts this week in which he threatened to attack Kenya.

President Museveni has since fired his son from Commander of Land Forces but promoted him to General and apologized to Kenya and Ugandan citizens.

During the National prayer breakfast, President Museveni called upon Africans to remain true to their identity.