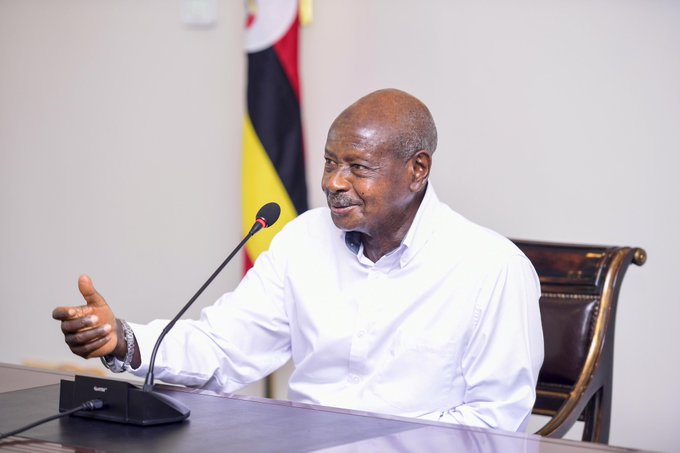 Children in candidate classes shall return to schools on October 15th 2020. This means students in P-7, S-4, S-6, finalists in tertiary colleges and universities. Initially, schools were meant to re-open on September 20th which was today.

While addressing the nation this evening, President Yoweri Museveni also opened the International Airport and land borders for tourists, coming in and going out, provided they tested negative 72 hours before arrival in Uganda and provided the tour operators ensure that the tourists do not mix with the Ugandans.

Also, returning Ugandans who have negative PCR results, will be allowed to go home without quarantining. However, the president directed the Health Ministry to get their addresses for follow up.

Mr. Museveni further lifted restrictions on movements on border districts, while curfew, from 9pm to 6am remains in place. Also, boda bodas will stop movement at 6pm as has been the case.

Churches and Mosques are also allowed to re-open with Individual prayers or confessions with priests or counseling only allowed to operate with the necessary SOPs.

Prayers and fellowships whose numbers do not exceed 70 and by observing all the other SOPs are allowed, night prayers and trans nights are not allowed, the regular large gatherings of prayers and preaching’s of Sundays and Fridays will be considered at a later stage but the rule of the number of 70 and not more can be used on the Fridays and Sundays.

According to the president, open air activities of sports will re-open provided there are no spectators and the players are tested for Covid-19, 72 hours before.  This test will expire in 14 days.  Hence, the Sportsmen will have to repeat the test every fortnight. He notes that all players must remain in quarantine the entire season.

This has left many wondering whether Ugandan football teams can afford such budgets. Police FC chairman, Asan Kasingye says Ugandan teams may not afford this.