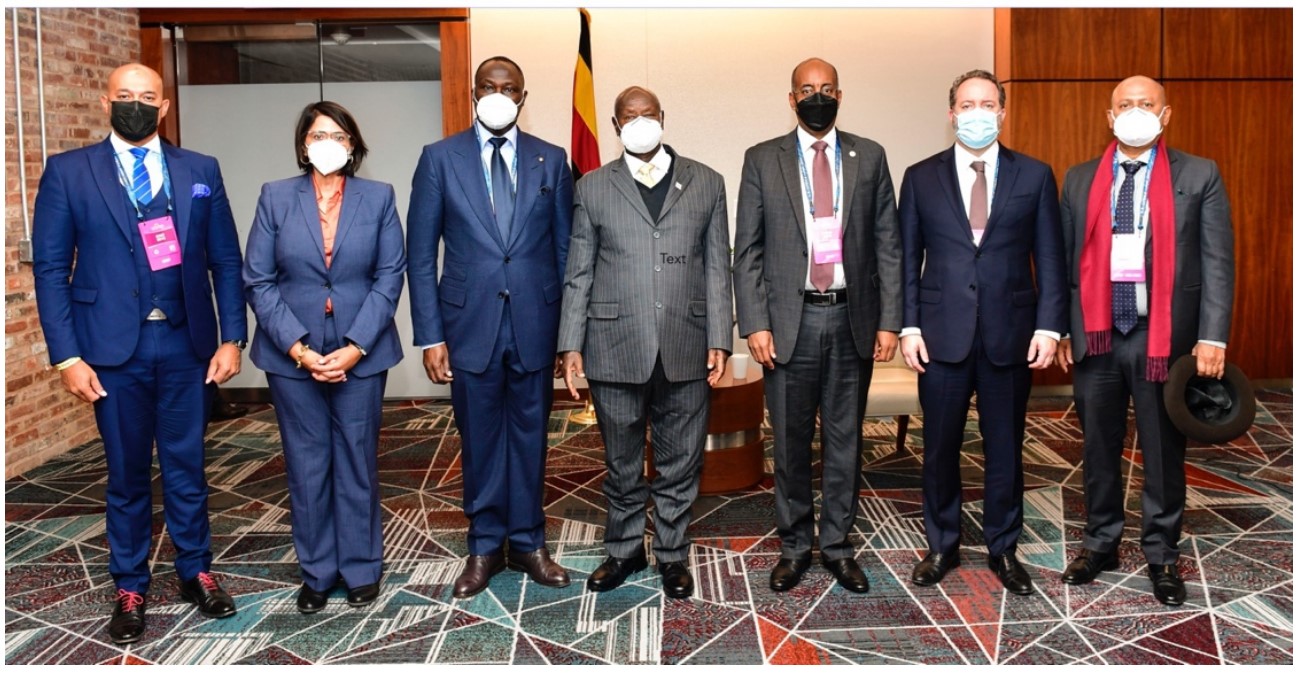 U.S. group Albertine Graben Energy Consortium Partners (AGEC) has agreed with the Government of Uganda that the Final Investment Decision (FID) for the estimated US $4.5 billion East African Energy Security Transition Investment project will be taken in 2023.

The Government of Uganda’s delegation was led by His Excellency President Yoweri Museveni and AGEC Representatives were led by Rajakumari Jandhyala- President and CEO of YAATRA Africa and included Presidents and Chief Executive Officers of Africa Finance Corporation (AFC), Eastern and Southern Trade and Development Bank (TDB), Honeywell, Baker Hughes.

The East Africa Energy Security and Transition Project is an estimated US$ 4.5 billion energy project that will add value to natural resources supplied by Uganda’s domestic oil resources in order to establish a regional energy facility producing finished fuels and associated storage, product transportation pipeline and market distribution infrastructure.  It is being developed and financed as a joint venture (JV) between the Government of Uganda with its East Africa partners and AGEC with its private sector partners.  The project brings together US private sector companies, African vision, leadership and capacity with global experts and investment partners for the implementation of strategic economic investment for the benefit of Uganda and the East Africa region.

The Final Investment Decision is the confirmation by all investors in the deal of their commitment under a shareholders’ agreement to invest equity. It is based on concluding the ongoing talks to, amongst other things, ensure committed feedstock from the Government of Uganda’s Upstream Joint Venture Partners (Total Energies, CNOOC, UNOC) and Implementation Agreements with the Government, as well as key ongoing work required for establishing operations of a commercially viable energy company receiving financing via capital markets.

The project supports import substitution policy by establishing a production facility to support the domestic regional fuel market. It also assists the introduction and adoption of LPG at the household level, given nearly 90% of households rely on charcoal, supporting the Government of Uganda’s Nationally Determined Contributions committed within the Paris Agreement.  The project will also supply fuel to support regional industries including transportation, aviation, agriculture, and manufacturing. It will be a critical contribution towards energy security, the alleviation of poverty, and the creation of approximately 40,000 direct and indirect jobs during its lifetime.

“AFC is one of the early-stage investors and is committed to investing and supporting the mobilization of capital from partners for this economically transformative project in Uganda and the East Africa region. This project supports sustainable industrialisation, provides employment to one of the youngest populations on the planet and helps achieve a more equitable energy transition in Africa.”

“TDB, we have a duty to support downstream regional energy security projects such as this which will reduce carbon emissions through smart US technologies and less carbon-intensive logistics as well as reduce the current harmful reliance on charcoal and chopped wood for household cooking. It will also enable the east Africa region to pool investments, industrialize and enhance trade while conserving scarce foreign exchange which can be diverted to investment in health and agricultural sectors”

“The announcement today brings Uganda and the region one step closer to a long-held dream: to add value to our resources, and achieve energy security and economic prosperity for all its citizens.”