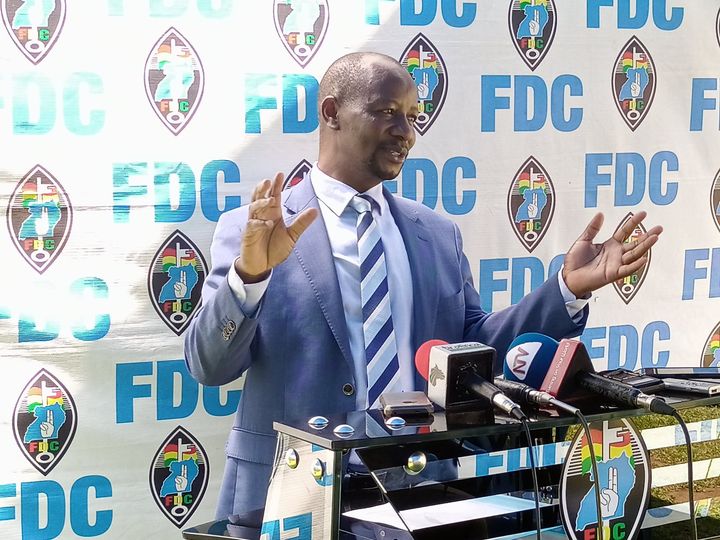 The opposition Forum for Democratic Change (FDC) party says it is worried Ugandans who have been abducted from their homes by security agents have been killed, and this is why lists with their names cannot be availed as ordered by President Museveni.

While addressing the media at Najjanankumbi on Monday morning, FDC party spokesperson Hon. Ibrahim Ssemujju Nganda said they are concerned with total breakdown of the rule of law in the country by military which has now fully taken over full control of all institutions of the state.

According to Nganda, hundreds of young men and women are still detained at Mbuya by the Chieftaincy of Military Intelligence (CMI), Special Forces Command (SFC), and Joint Ant Terrorism (JAT). The young men are undergoing torture day and night.

“Some have been tortured to death and others maimed beyond recognition. This is the sole reason an alleged list of victims that Museveni read on television is not being released or handed over to Police. The Human Rights Commission remains with no substantive chair” Hon. Ssemujju said.

He noted that the Party demands immediate and unconditional release of all Ugandans held by the army. And further demands that the army also discloses names of those who may have died in their hands.

According to Nganda, the Court Martial which in the law is supposed to be a tribunal trying only military men and women is slowly replacing the Judiciary. There are currently more than 1000 people who have been arrested illegally by the military, illegally tried and remanded by the military to various prisons including Kitalya and Kigo.