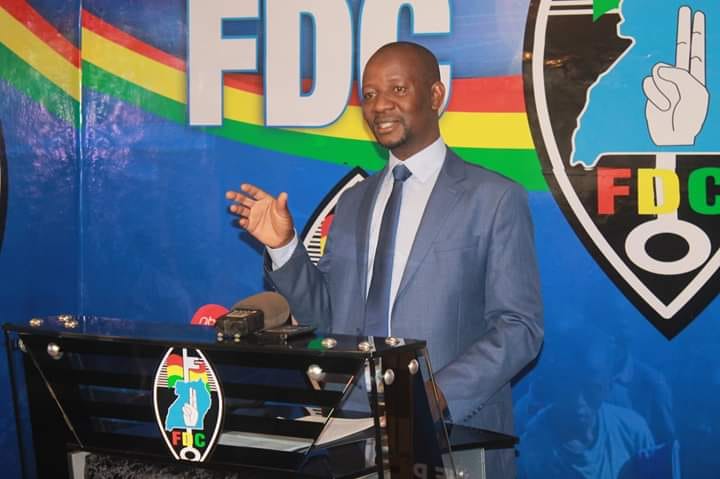 The Forum for Democratic Change (FDC) has advised the Covid 19, National Task Force, Ministry of education, and Mr. Museveni to consider re-opening primary and secondary schools this year to enable students to sit for promotional exams.

Addressing the weekly party press conference at Najjanankumbi on Monday, Hon. Ssemujju Nganda Ibrahim the party spokesperson noted that schools can open as early as mid-October to complete this academic year’s syllabus and sit for promotional exams in mid-December and that topics not handled during this Covid 19 education transition period, can then be carried forward.

He added that FDC as a party disagrees with President Museveni’s school opening date of January 2022, because the education sector has been disoriented by the lockdowns which require a transitional period to streamline it.

“The proposal to study in shifts is not workable because of inadequate classrooms in both public and private schools. The ratio of teacher to students also poses another headache. What the country needs to remember is that teachers are required not only to teach but to set tests and mark them periodically. This requires a lot of time” Hon. Nganda said.

Adding that “Teachers cannot handle two classes created by the shifts proposed by the Ministry of education. We will end up with unassessed students. There is absolutely no way schools will handle two senior ones, two senior fives, two primary ones etc. Promotional exams must therefore be done this year to avoid a possible stampede at the resumption of schools in January.”

According to Nganda, for the country to meet the challenges the lockdowns have imposed on the education sector, it needs a full-time minister who is ready to be in the field identifying problems and suggesting solutions. He noted that Minister Janet Museveni who is also the first lady is busy and inaccessible to handle this crisis.

“If a ministerial appointment, is one of the marriage gifts, Mr. Museveni can give his wife a less demanding ministry such as minister without portfolio. Already the government in its annual performance report, reveals that the set targets in education were not met. The report discussed recently at a retreat at the Prime Minister’s office concluded that education service delivery is poor. About 50% of UPE pupils still fail literacy after 6 years of school. We must therefore not mess up with education. Messing up with education means dropping out” Nganda added.