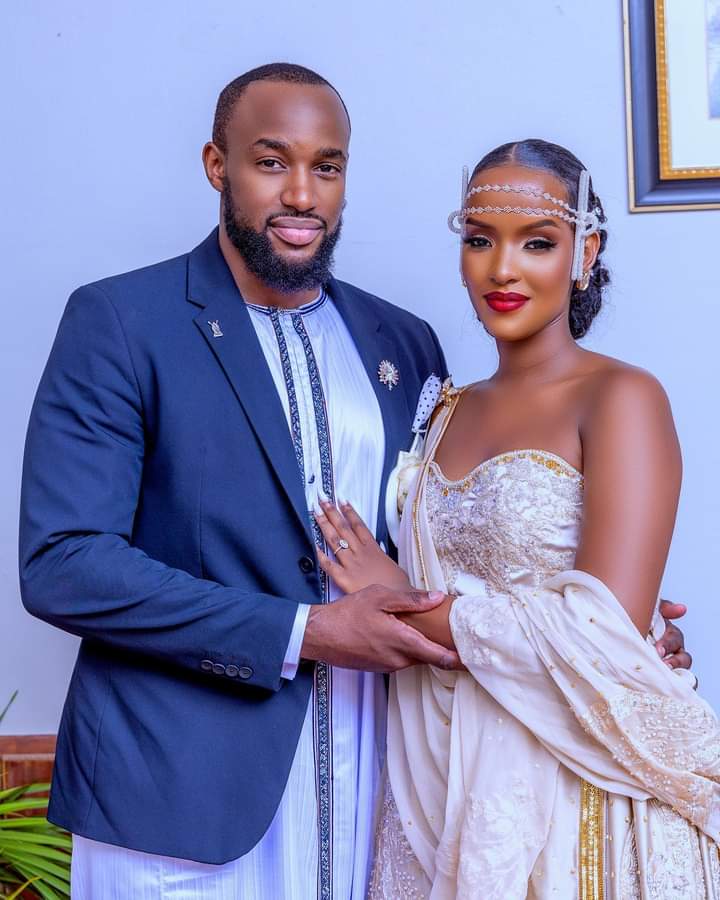 In July this year, we revealed how Lucy had officially introduced Heny, who is son of former ICT Minister Ham Mulira, to her parents during a private Kuhingira ceremony.

Well, now we can ably reveal that   Lucy and Henry are on the journey to officially making their relationship permanent, following their Kwanjula, which was attended by only a few close buddies.

Moles reveal that the ceremony, which was held in Kampala, was mainly attended by Lucy’s girl brigade led by Nadia Kabahita Matovu, daughter of tycoon Charles Mbire, plus a few guests from Henry’s side.

Well, now that she is officially off the hook, all dudes who were entertaining feelings for Lucy should consider Plan B, because now Henry is set to hold onto her until death parts them.

Lucy, who has Rwandan blood in her, is daughter of the late wealthy businessman Ezra Bunyenyezi, who owned a string of business ventures across East Africa.

Having kicked off her acting career in New York, USA, Lucy became famous as an actress because of her roles in the movies; Unspoken, Mela and Streetwrite.

Galaxy FM Crowns The Year In Style At Zzina Fest
‘Can You Praise’ talent search Season II is back bigger and better, Shs10m to be won
Advertisement