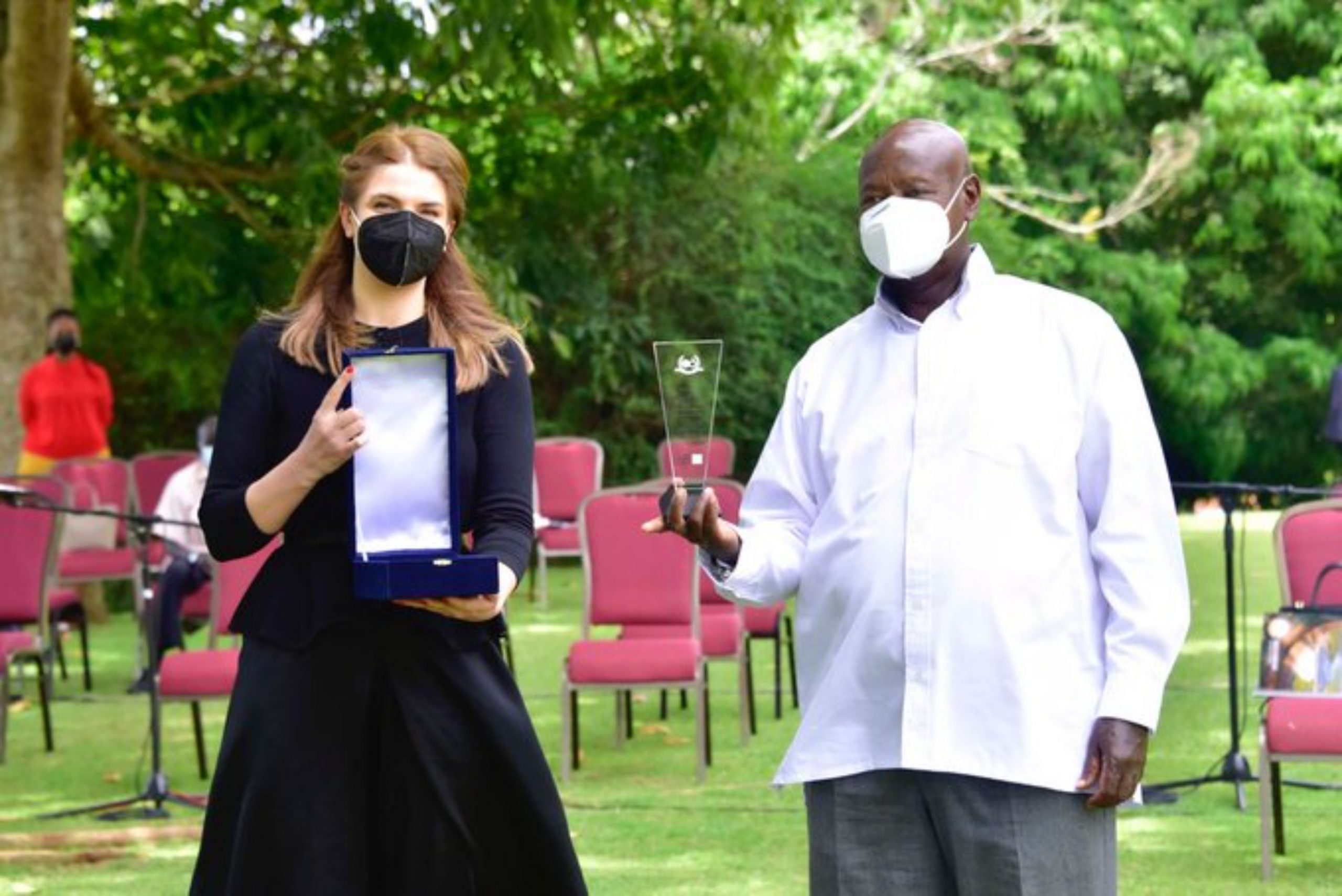 The award was presented to Mr Museveni at State House, Entebbe today, Friday 14th October 2022, by the Global Government Relations Director, Ms Brindusa Negrea who had paid a courtesy call on the President.

This was in reference to the Energy Year’s latest edition on Uganda’s progressing energy industry. H.E the President appreciated Energy Year Publication for recognizing his able and exceptional leadership.

“Thank you for recognizing my efforts in steering Uganda’s development,” Gen. Museveni acknowledged.

Ms Negrea said that President Museveni was given the award in appreciation for the many developmental milestones orchestrated by his administration in unlocking Uganda’s oil potential. She observed that the country has recorded the single most significant investment in its history to the tune of US $15 billion.

She observed that the international community is closely monitoring the next steps in Uganda’s journey to the first oil Ms Negrea added that Energy Year could not be more excited to support President Museveni’s Presidency in its ambitious quest of cementing the country’s position as the hottest inland exploration frontier in the region for a long time to come.

Continue Reading
You may also like...
Related Topics:Featured, President Museveni, prestigious Person of the Year Award