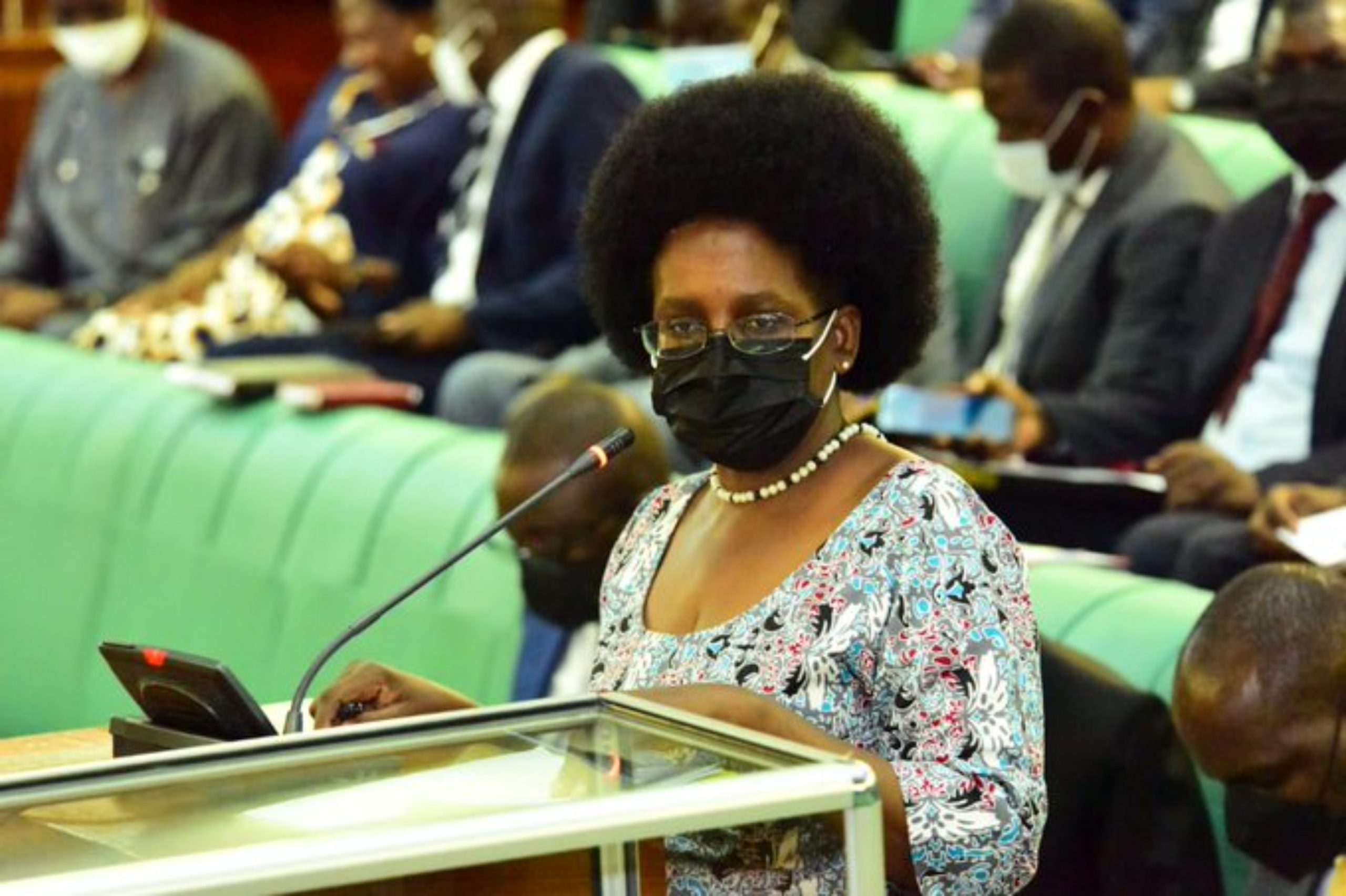 Dr Monica Musenero, the Minister of Science, Technology, and Innovation, has denied reports that funds were released directly to the Presidential Scientific Initiative on Epidemics (PRESIDE) for Covid-19 vaccine research purposes.

While responding to a report by the Select Committee that was established to investigate the utilization of funds meant to facilitate the COVID-19 vaccine development on Tuesday, Musenero noted that research grants were instead released directly to the grantees and the processes were managed by the Ministry of Science and Technology.

According to a report tabled before parliament on Wednesday last week by Xavier Kyooma the Chairperson of the Select Committee on Science, Technology, and Innovation, the process of developing a vaccine was marred with irregularities despite observations that some progress has been made.

At the time funds were availed to scientists under PRESIDE for Covid-19 vaccine development, Musenero was a Presidential Advisor on Epidemics.

PRESIDE, is a brainchild of President Museveni, and investigations by parliament into the utilization of funds were sparked off by a complaint by Ntungamo Municipality MP Yona Musinguzi on mismanagement of money.

The committee report established that President Museveni on May 6 directed that PRESIDE be established and 2 billion shillings be released to the State House Comptroller to facilitate the operations of the initiative. The committee also notes that 5.3 billion was provided in the financial year 2019/2020 budget and 31.03 billion provided in 2020/2021 for scientists under PRESIDE for procurement of equipment and project operational costs.

An additional 25 billion was released for project operations, a supplementary request of 50.4 billion for a manufacturing plant, and 27 billion for additional operational funds for PRESIDE projects in the financial year 2021/2022.

The committee also observed that poor financial management resulted in at least 2.06 billion Shillings not being accounted for under operational funds. Committee Chairperson Kyooma also cited another 491 million not accounted for and queried 1.4 billion for PRESIDE staff. This was also observed by the Auditor General, John Muwanga is his latest audit report.

MP Kyooma also reported that the lack of guidelines on reporting resulted in discrepancies and that the failure to harmonize allowance rates for scientists also led to wastage.

The Minister however apologized for any wrongs that she might have done during the process of developing a Covid-19 vaccine, saying that never before has her integrity and commitment to duty ever been questioned or have reason to be questioned until now.

“If there is any way in my work and in the way I handled things, if I offended anybody, I regret those issues and I will work to build a reputation and work to build the science. It is very disheartening to have to read these accusations in the media, hear comments on TV and Radio, and to have to explain to my family and friends how unfair and untrue all these statements are,” she said.

Musenero assured MPs that the scientists shall not be derailed or distracted in the pursuit to develop vaccine research and development capacity.

She also appealed for more funding for Covid-19 research saying that financial support for the cause is still low compared to other countries.

Continue Reading
You may also like...
Related Topics:Covid19, Featured