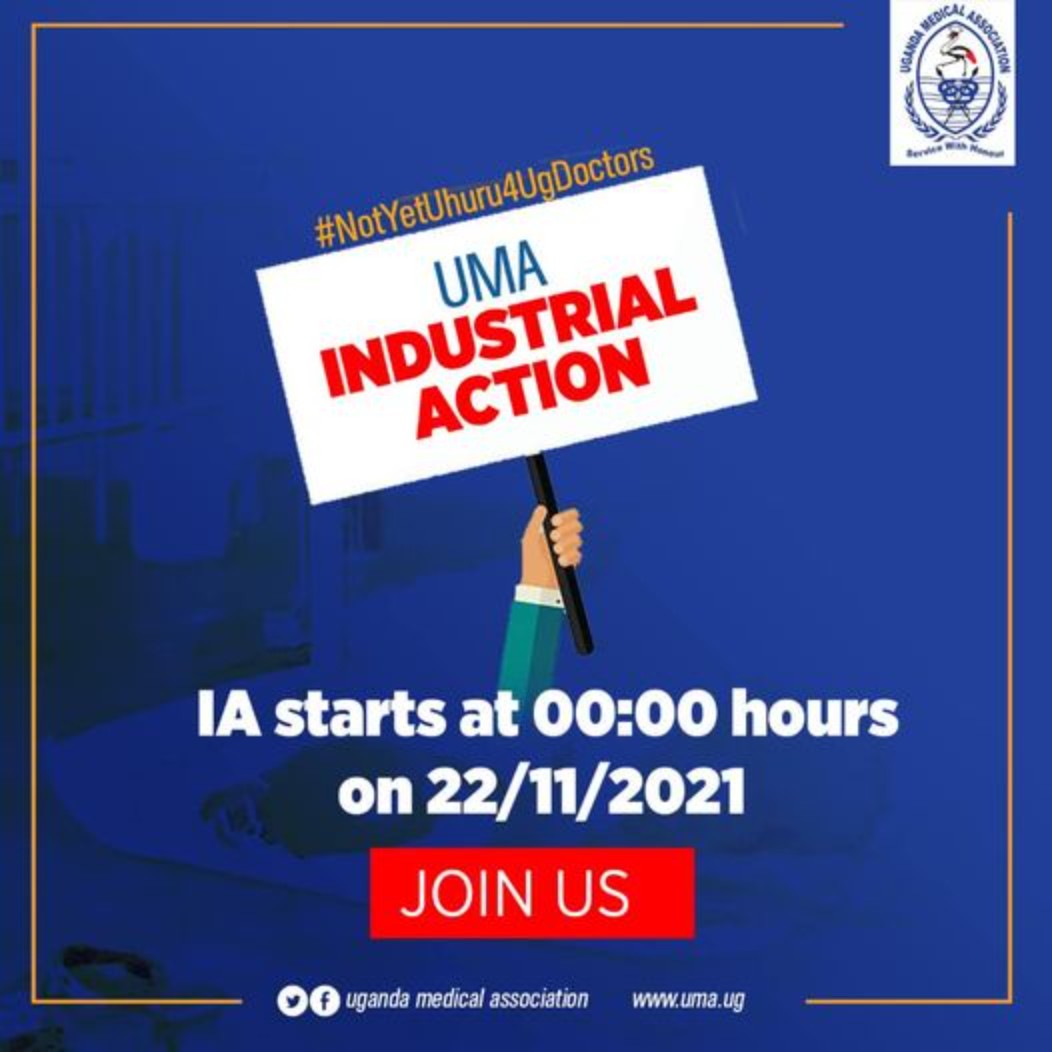 Medical doctors in government hospitals have gone on
strike, following failure by government to respond to their demands.

Doctors under the Uganda Medical Association
(UMA), announced that they would go on striker starting today November 22nd.
The strike was postponed from November 6th for better planning
purposes.

In August this year, the doctors issued a notice to the government informing
them that they would go on strike on November 6 if their demands were not met.

The demands include; that the government should fill more than 40 percent of
the vacant posts in public health facilities, increase the pay of intern
doctors to 2.1 million as directed by President Yoweri Kaguta Museveni,
compensate the families of health workers who succumbed to COVID-19 and provide
medical supplies like oxygen in health facilities. They are also demanding for the government to include medical interns and senior house officers in the public service salary structure.

Last week, Dr. Andrew Twineamatsiko the Public Relations Officer of UMA noted
that the new industrial action dates were agreed upon by the new management.

“We held a meeting to discuss the strategies and road map for the much-needed
industrial action whose goal is to better the health system of Uganda. We
agreed that at exactly 00:01 hours of November 22, the strike would
start,” Twineamatsiko said.

Also, Dr. Herbert Luswata the secretary-general of UMA noted that the strike
was delayed due to managerial issues like the official handover from the old to
the new leadership.

Led by Dr. Richard Idro, the old leadership of the association had expected the
government to present a statement addressing their demands two weeks ago during
the Grande Doctors Conference, however, none of the invited top management
officials at the ministry of health like the permanent secretary Dr. Diana
Atwine attended the conference.

Emmanuel Ainebyoona the health ministry senior public relations officer urged
the doctors to be patient since a supplementary budget was before parliament to
address their needs.