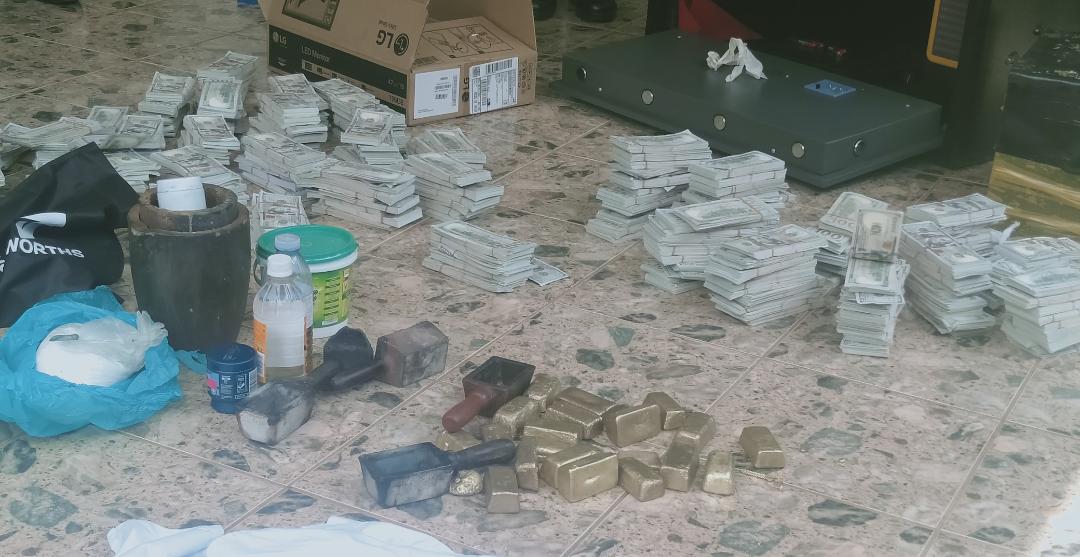 Detectives from the Directorate of Crime Intelligence, Counterterrorism police and Directorate of Forensic services have arrested 8 people in Munyonyo for printing fake dollars and selling fake gold.

The suspects include 5 Congolese nationals, 1 Nigerian and 2 Ugandans.

“We are going to examine them through our systems and then charge them to Court the work is still in progress and it is our wish that the whole syndicate is busted and prosecuted” Mansio said.

He noted that very many Ugandans have fallen victims for such unscrupulous people. Adding that there are very important persons who fear to publicly speak out after being conned by these criminals.

“Very many Ugandans have been victims, people of stature. There are some people even whole profile is so high that they don’t want to talk after losing their property falling victims to these people, but we shall ensure the whole syndicate is found and prosecuted” Twiine added.

He noted that scenes of crime officers were on ground to count all the suspected counterfeit notes but their preliminary investigations say they are about USD2.5 million and that some is already in circulation.

“We have so many victims that have been conned by these people, and we want to urge members of the public to come and re-instate their claims. What we want to establish whether these ones have used this particular exhibit in other crimes. Otherwise the crime has been ongoing and several people have been victims” Twiine added.

Twiine says the criminals will be processed & profiled to determine whether it is associated with terrorism, money laundering or crimes of narcotics. “If we find that there is a bigger crime associated to this one, then we shall also follow up. We shall prosecute them, but what we are doing now is find sufficient evidence that can warrant prosecution of all identified criminals” he added.

According to Twiino, this is a case they can’t rush as it way be associated with terrorism & money laundering, making it complex.

Earlier this month, the Directorate of Crime Intelligence in close coordination with the territorial police in Katwe, conducted a raid on a criminal gang dealing in counterfeit US dollars, at Linca Hotel located in Ndeeba. The task team arrested seven (7) suspects and recovered fake US dollars totalling $320,000 and a safe.