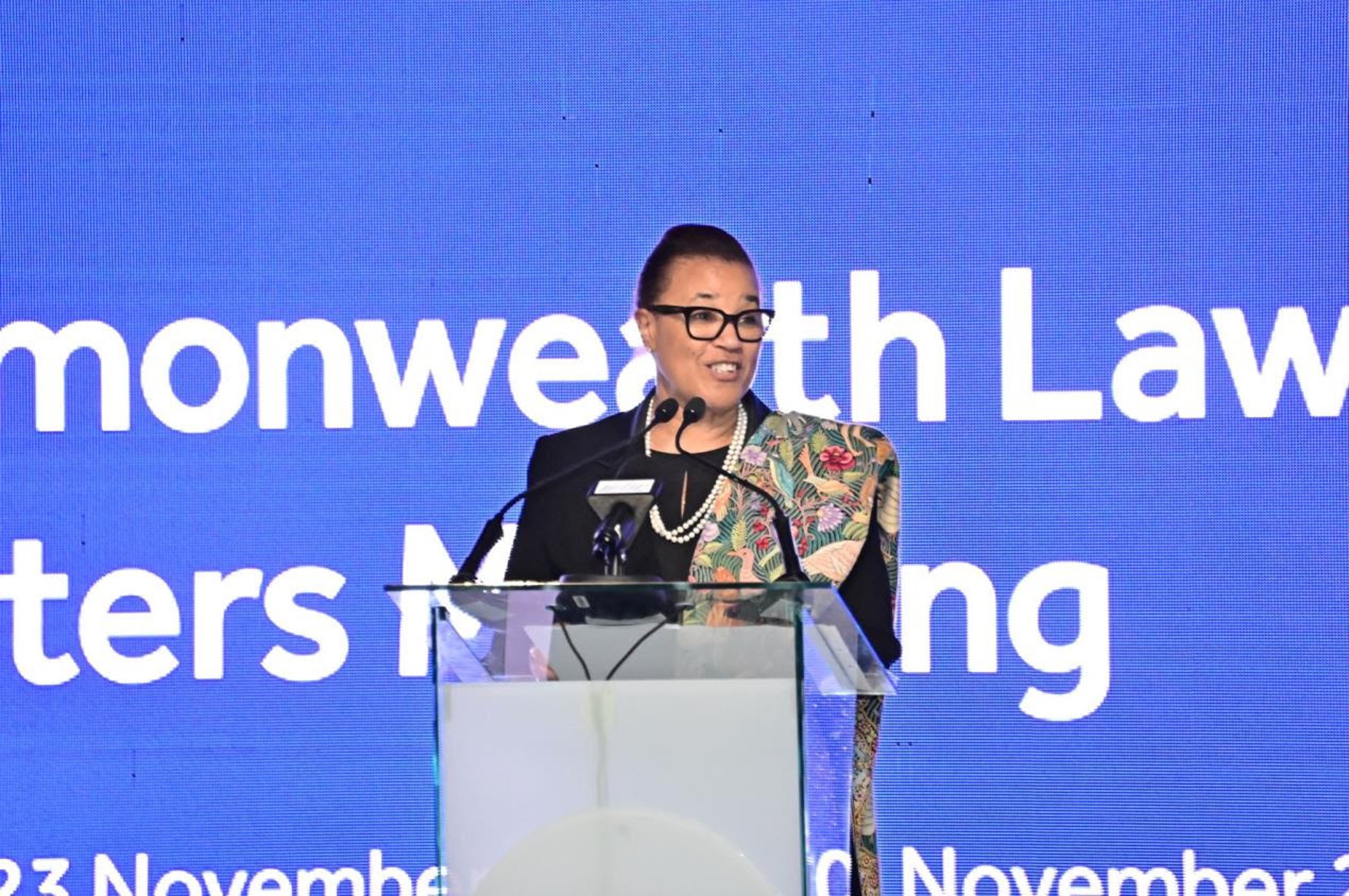 No conversation on the rule of law can be complete without a discussion on access to justice for citizens across the Commonwealth, said the Commonwealth Secretary-General the Rt. Hon Patricia Scotland, at the opening ceremony of the 2022 Commonwealth Law Ministers Meeting (CLMM), this week.

The Government of Mauritius is hosting the meeting from 22 – 25 November 2022 in Port Louis under the theme of ‘Strengthening international cooperation through the rule of law and the protection of human rights.’

In her opening remarks, Secretary-General Scotland said that there is a need to transform justice systems to meet the challenges of today and tomorrow.

“We must transform our justice systems to meet the challenges of today and tomorrow.  We face a huge task, and we have a huge responsibility, but this meeting is a real opportunity to craft a new legal settlement for the Commonwealth, which is fit for the times in which we live. We must enable the efficient delivery of swift, fair, effective and principled justice to strengthen the relationship between the work of Law Ministers and the full scope of the Commonwealth’s work across a range of national ministries,” she said.

Adding that “Through our system of friendship, interdependence and interoperability, our member states are strengthened in the pursuit of better lives for all Commonwealth citizens. We can ensure that the best way to deliver justice lies in perfected justice systems, operating in societies in which we systematically tackle the causes of injustice.”​

In his opening remarks, the Attorney-General of Mauritius, the Honourable Maneesh GOBIN said:

“Mauritius and each Commonwealth State, have pledged to safeguard the rights and interests of their citizens within the framework of the rule of law and the protection of human rights. However, today, it no longer suffices that people are protected at the national level only, but in effect, a universal approach has become pressingly imperative. In this context, Law Ministers of the Commonwealth are committed to strengthening international cooperation for the furtherance of the Commonwealth goals and objectives.”

The Declaration on Access to Justice urges Commonwealth member states to use people-friendly approaches to address the barriers to access to justice. One such approach is using technology to provide access to legal services and enhanced delivery of justice services. At this week’s meeting, Law ministers will hear presentations on the themes of people-centred justice and the future of our courts.

Ministers will adopt recommendations by the end of the meeting on 25 November, which will inform justice work in their respective countries across the Commonwealth.