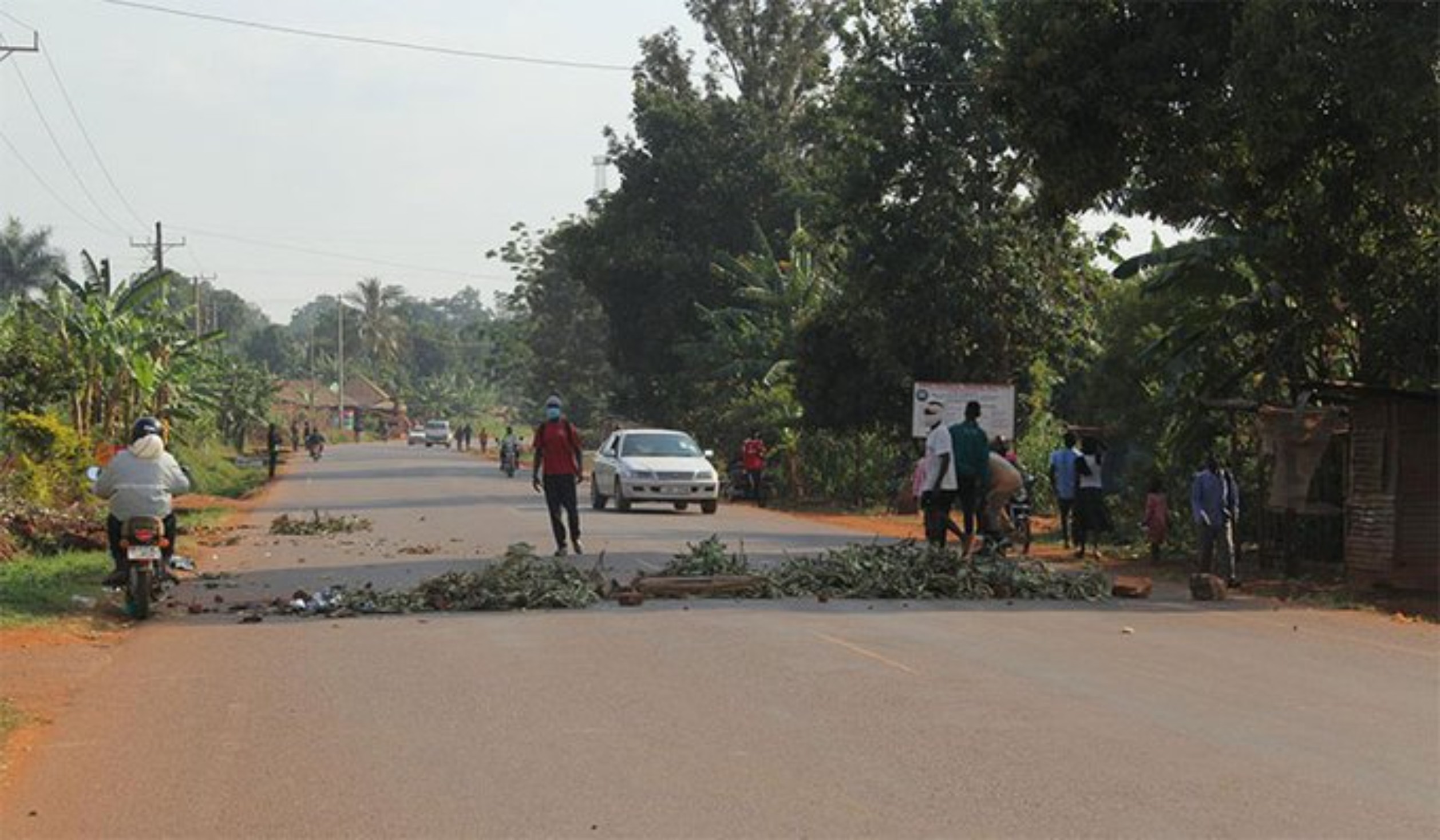 67 youths who are accused of involving themselves in protests along the different major highways within the Busoga sub-region have been remanded by the Jinja Chief Magistrate, Jude Okumu.

The suspects were arrested from different highway points in Jinja city and are said to have been part of the bigger group of youths who on Monday engaged in running battles with security personnel.

The youths held protests over the increasing commodity prices, citing what they called the government’s failure to provide short-term solutions to address the situation.

They placed logs and lit tyres in the different trading centres along both the Jinja-Kamuli and Jinja-Iganga highways, blocking traffic throughout the day.

They also attacked motorcyclists, passengers, and drivers alike, whom they accused of declining to join their protest and forcefully bypassing the stationed roadblocks.

They were arrested and charged with illegal assembly and inciting violence. Okumu remanded the suspects to Kirinya Prisons until August 9.

Police accused the suspects of engaging in unlawful activities like robbery, illegal blockage of traffic, taking part in unlawful assembly, malicious damage, and economic sabotage, which largely interrupted the smooth operation of other activities in the city and surrounding areas.

Continue Reading
You may also like...
Related Topics:Featured, Jinja protests