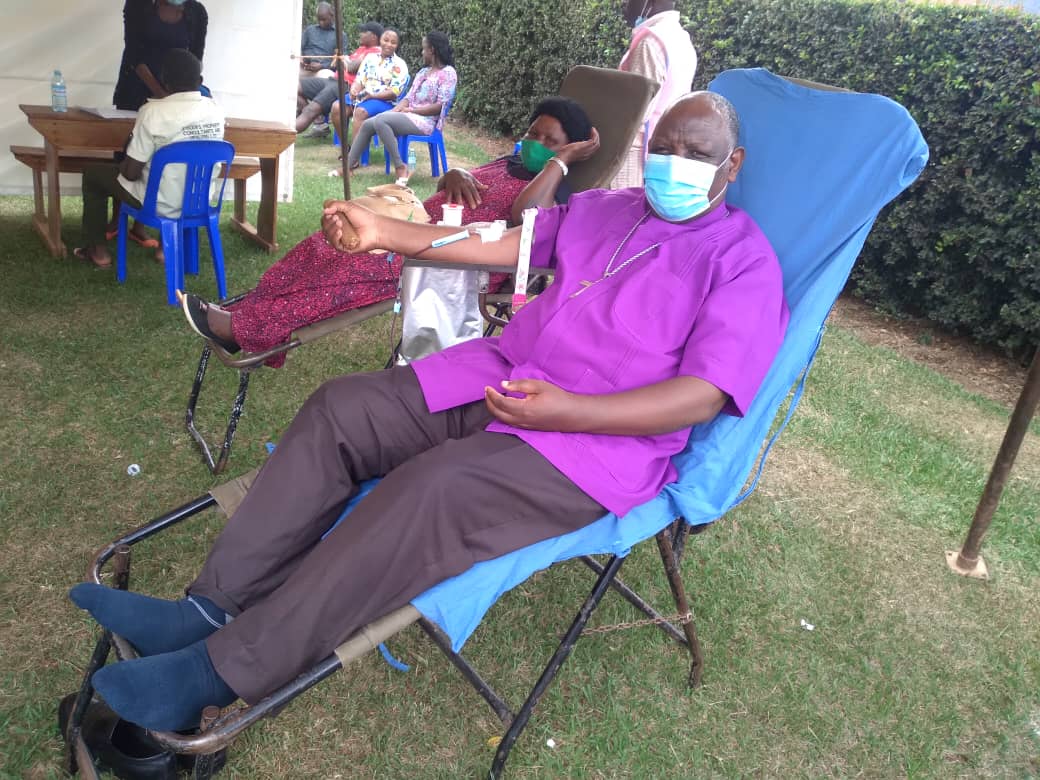 At least 80 units of blood were collected during a blood donation organized by members of Ibanda Community Development Group, ICDG on Women’s day.

The team organized a blood donation drive to commemorate the International Women’s Day which took place yesterday Monday 8th March. The drive was meant to collect as much blood to save lives of mothers who die in labour and other Ugandans that may need it.

During the 2020 COVID-19 lockdown, Uganda reported a decline in blood supply with very few people donating. The decline was also caused by closure of schools which are the largest source of blood.

There were multiple deaths registered across the country due to blood shortage especially during child birth and patients going into surgery.

The event which was held at Ibanda Integrated P.S is meant to save lives of mothers in the nearby hospitals and other parts of the country. The 80 units went to the Mbarara Regional Blood Bank.

Rt. Rev. Amos Magezi the Bishop of North West Ankole Diocese who was the Chief Donor said some people did not show up because they had not been sensitized about the benefits of blood donation, while others are just selfish.

He also noted that blood donation is meant to save lives especially mothers who are in labour.

“Everyone should know that by donating blood, they have saved someone’s life even if they may not know them. Do not be selfish with your blood because even the word of God tells us to think about other people’s needs before our own. Even our Lord Jesus Christ shed his blood to save the world, what if he was selfish, wouldn’t we have all gone to hell?” He said.

Bishop Magezi said Jesus’ act should inspire as many people to donate blood and save lives too. He therefore called upon all Ugandans to not be selfish but donate blood whenever called upon to do so.

Ibanda Community Development Group brings together all people from Ibanda District with a core objective of knowing one another and working together to develop their area.