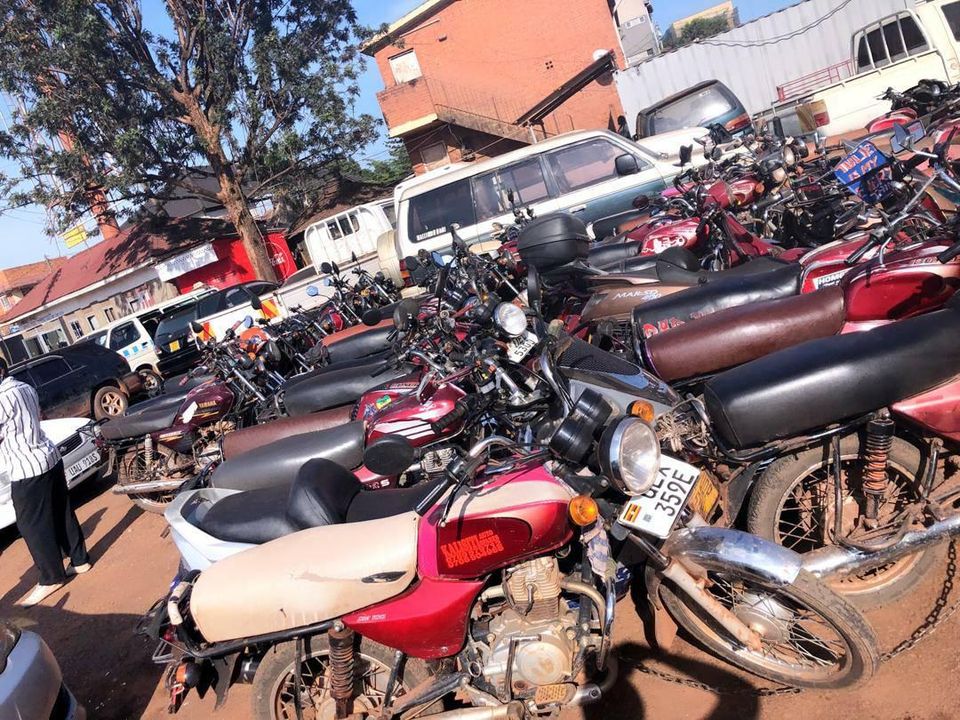 331 motorcycles and 211 cars were impounded on Monday night in the Kampala Metropolitan area as the joint security operations resumed to ensure motorists do not flout the 9:00pm curfew.

President Museveni announced a 9:00pm curfew a few months ago, to discourage Ugandans, especially those in urban centres from sneaking into bars. The curfew is one of the means put in place to reduce the spread of Coronavirus.

However on Monday, security organs started effecting curfew an hour later at 10:00pm due to traffic jam that held many people in Kampala Metropolitan area from as early as 4pm.

Patrick Onyango the Kampala Metropolitan Police spokesman told the media on Tuesday that the operation was peaceful and that some drivers who tried to cause chaos were arrested but later released in the morning after being cautioned.

The operation which continues today, will now involve operations on highways where barricades had been abandoned. On Monday, Fred Enanga the police spokesperson said that the IGP had instructed all territorial commanders to resume operations today Tuesday. However in Kampala Metropolitan area, this was not the case.

Onyango appealed to the general public to plan their journeys early to avoid being caught on the wrong side of the law.
He reminded all motorists that the timing of the curfew is 9:00pm.