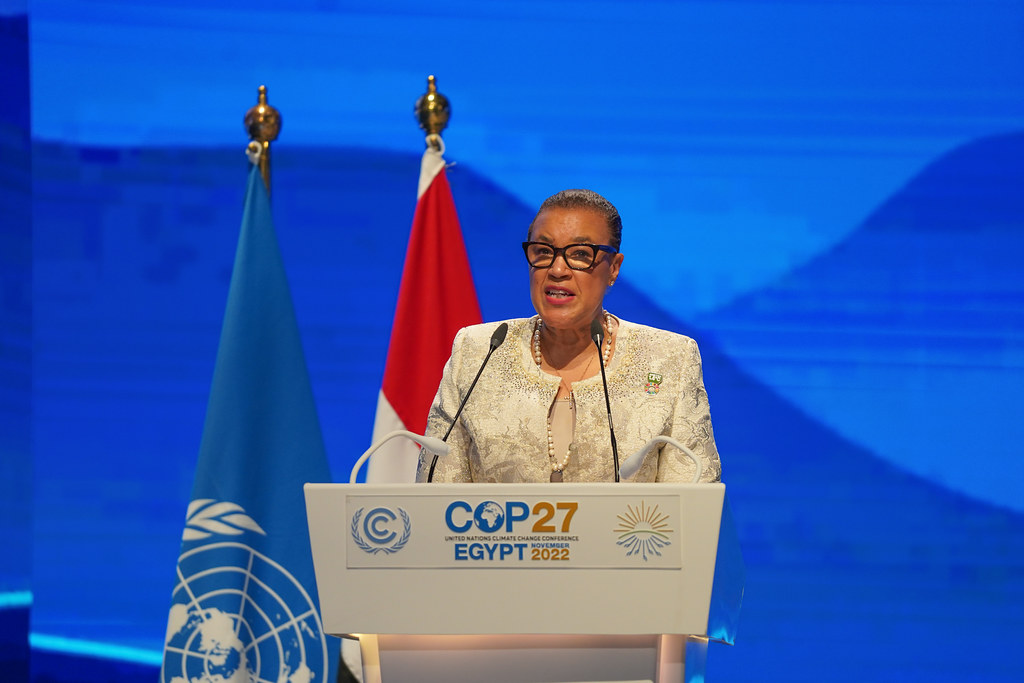 The Commonwealth Secretary-General, the Rt Hon Patricia Scotland KC, has urged countries attending the United Nations Climate Change Conference (COP27) in Sharm El-Sheikh to progress talks towards a meaningful outcome by the end of the week.

As the final days of negotiations approach for the annual summit, attended by more than 35,000 delegates from almost 200 nations, the Secretary-General called for actions that will close the gaps on emissions, finance and justice, while taking into account the needs of vulnerable countries.

In her statement to the conference plenary, the Secretary-General Scotland emphasised:

“As climate change advances, we have lost momentum. The gap on emissions, finance and justice has widened, while the window for action continues to narrow.

She highlighted the series of climate disasters that have affected millions of people across the Commonwealth in recent months. In Pakistan, devastating floods have claimed more than 1,700 lives and affected 33 million people since June. Similarly, in Nigeria, more than 600 people have died and 1.3 million displaced, due to the worst floods seen in the country in more than a decade.

“Vulnerable states face being consumed by the waves or drowned by debt. The unthinkable has become typical…

“We must reject the violence of inaction against those who need us to succeed, now and for generations to come, and commit ourselves to action on land, ocean, energy, finance and resilience.”

The Commonwealth comprises 56 member countries brought together by shared values and principles, including 33 small states, 25 of which are small island developing states.

In 1989, Commonwealth Heads of Government met in Langkawi, Malaysia, and raised the alarm on the “permanent and irreversible damage” to the environment, demanding a “co-ordinated global effort” to address the challenge.

Since then, the Commonwealth has championed global advocacy around climate change and ocean action. This year, Secretary-General Scotland is heading a delegation from the Commonwealth Secretariat to COP27, with the aim of amplifying the concerns of member countries, advocating for small and other vulnerable states, supporting partnerships and raising awareness about the various Commonwealth programmes offered to support members.