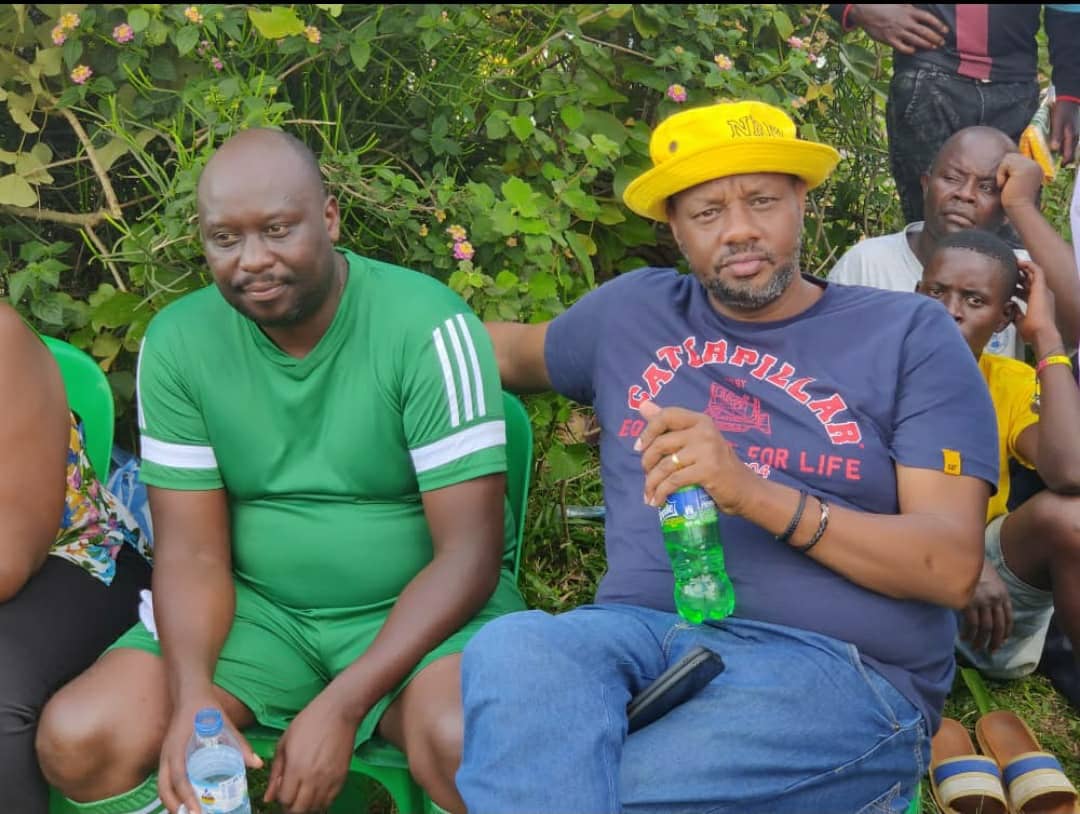 Last night, Toyota [in a YELLOW🟡 hat], who is a brother to H.E The President of Uganda Y.K Museveni gifted legendary singer Joseph Mayanja a.k.a Jose Chameleone with a brand new Range Rover Vogue 2020, worth 900M UGX.

This all happened last night in Munyonyo at a birthday party that Toyota organized for his wife Barbra, and Jose Chameleone was one of the guests.
In just a flash, Toyota who was at the time giving a speech at his wife’s birthday party turned to Jose Chamelone and thanked him for making the right decision of ditching the opposition [NUP in particular] and returned to the ruling party- National Resistance Movement.

Toyota told Jose Chameleone that he didn’t have much to reward him but he requested Jose Chameleone to go with him to the parking so that he gifts him with his Range Rover Vogue 2020 that he came driving.
It was at this point that Jose Chameleon went on his knees to thank Toyota. In the viral videos making rounds on social media, Toyota lifted Chameleone off the ground, telling him that he deserves even much more than just a Range Rover so he needed not to kneel to thank him.

In his speech, Jose Chameleone said that to the NRM, he is a Prodigal Son who would come back home in just a matter of time.

Today, the car ownership has officially been changed to MAYANJA JOSEPH.