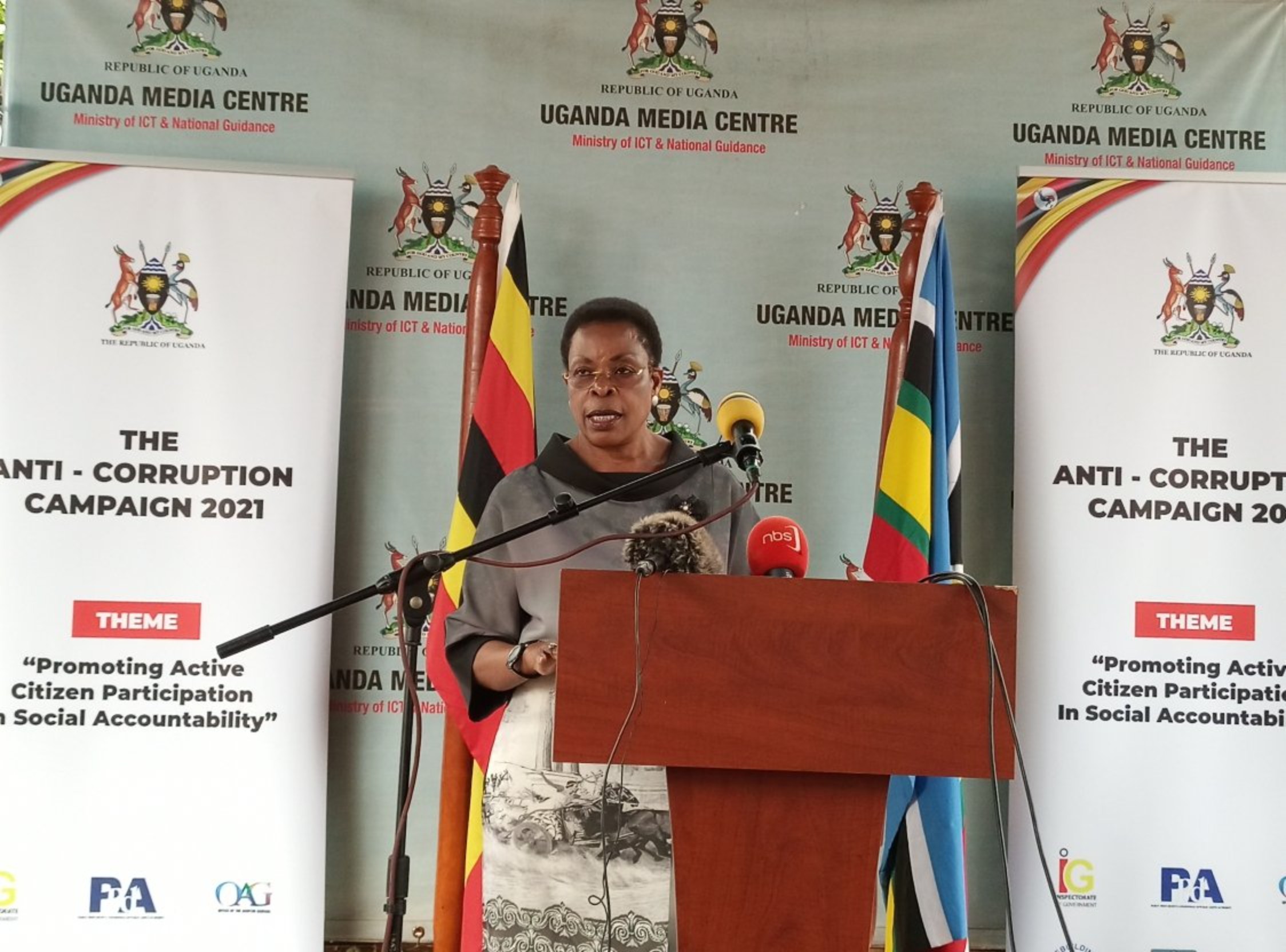 Uganda will on Thursday 9th December 2021′ join the rest of the world to commemorate the International Anti-Corruption Day under the theme “Promoting Active Citizen participation in Social Accountability”.

The United Nations (UN) General Assembly, by Resolution 58/4 of 3 1st October 2003, designated 9th December as the International Anti-Corruption Day for global observance to promote awareness about the dangers of corruption and set strategies to eliminate it. It is a day meant for governments and non-government actors as well as all political, civic, and religious constituencies to collaborate against corruption.

In 2019, the highlight of the Anti-Corruption Campaign was the “Anti-Corruption Walk” organized by the SHACU where H.E. the President of Uganda was the Chief Walker.

A joint statement released by the agencies including Office of the IGG, PPDA, SHACU, CID, ISO, ODPP among others, in 2020, due to COVID 19 lockdown and restrictions, a highbrid event titled “The National Anti-Corruption Conference” was held with 50 people in the Sheraton Hotel, Kampala while 500 were on line virtually under the theme “Promoting Social Accountability through active citizenry”.

In November 2020, the ACAs nominated and appointed the First Lady & Minister of Education and Sports, Hon. Janet Kataaha Museveni National Champion for Ambassadors for Integrity in order to lend her high profile to the war against corruption. She launched the Anti-Corruption Campaign 2020 / 2021.

According to the Inspector General of Government Beti Kamya, This year, several activities have been held since September, including the airing of Usalama Radio drama on 13 radio stations countrywide, the launch of the Anticorruption Campaign by the First lady in October, while this month, the agencies have been traversing the country, launching various anticorruption products and campaigns.

Kamya told reporters at Uganda Media Center this morning, that Friday 3rd, Saturday 4th, and Sunday 5th December will be Days Of Worship immediately preceding the 9th Dec 2021. All Places of Worship have been asked through the Inter-Religious Council of Uganda to mold their messages around the prevalence of corruption in Uganda, the pain of corruption, its costs, and who the victims of corruption are.

Beginning this week, all Local Councils have also been asked to officially commemorate the International Anti-Corruption Day by discussing the cost and evils of corruption in the Council. The Minister for Local Government will channel the request through their official channels.

Parliament has also been asked to officially commemorate the International Anti-Corruption Day through a Motion by the Minister of State for Ethics and Integrity a few days before the 9th of December.

On Wednesday 8th December 2021, Kamya says that all media houses are requested to convey a message of the prevalence, cost, and pain of corruption through radio/tv talk shows, DJ mentions, and space in print media etc.

On 9th Dec 2021, President Yoweri Museveni will be the Chief Guest at the occasion in Kololo Ceremonial Grounds. He will launch the “Lifestyle Audit Campaign” which will be used in the coming years.

However, due to COVID 19 restrictions, only a few guests have been invited to Kololo but all Ugandans have been urged to take a keen interest in this event and join the commemoration through the different media including Livestream media which will be made available.