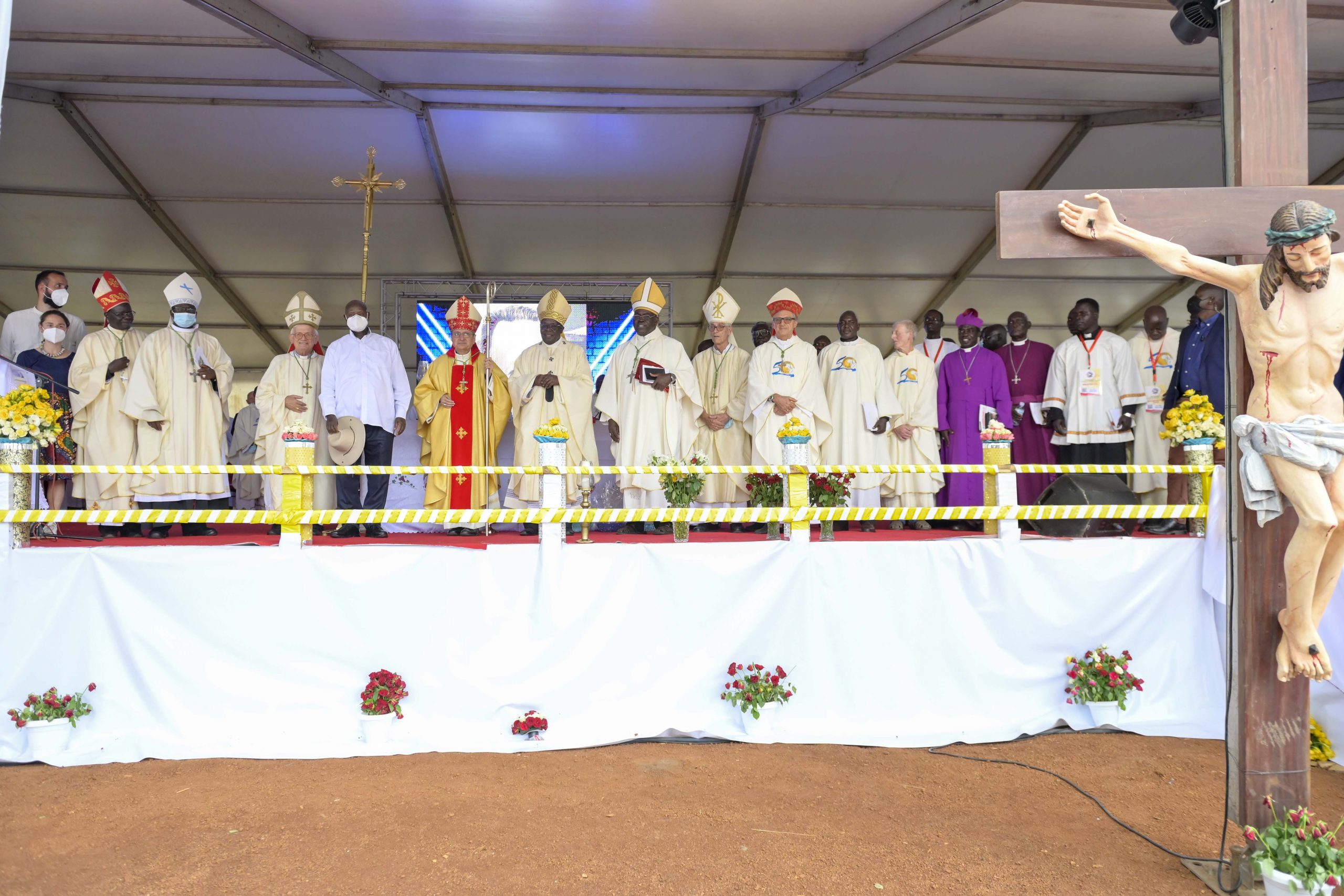 President Yoweri Museveni has thanked Pope Francis and the Catholic Church for recognizing the good works of Father Dr Giuseppe Joseph Ambrosoli who not only healed the people but also preached to them the word of God.

“I want to thank the Pope and the Church for recognizing the good work of Dr Ambrosoli,” he said.

The President made the remarks today Sunday during the beatification ceremony of Father Dr Joseph Ambrosoli. The function was presided over by the Apostolic Nuncio to Uganda, the Most Reverend Luigi Bianco who was appointed by Pope Francis to represent him. The beatification ceremony was celebrated under the theme, ‘God’s servant to the suffering people.

Father Dr Ambrosoli who was born in 1923 in Como region, Northern Italy, founded Kalongo hospital in Kalongo Town council Agago district. He died in March 1987 and was buried in Kalongo-Agago district. Followers visit and pray at his grave to date to seek his intercession.

Father Ambrosoli, a priest, medical doctor and missionary arrived in Kalongo in 1956 to build on the work that had been started by the Comboni Missionaries in the area. The Beatification ceremony is part of a long journey to Sainthood.

President Museveni pointed out that religious denominations came to Uganda in 1848, 1879 and 1887 with good and bad intentions and some were behaving like hypocrites.

He however noted that some of the missionaries had good messages summarized as love God with all your mind, soul and body and love your neighbour as you love yourself all aimed at overcoming selfishness.

President Museveni added that the good works were evident in missionaries like Ambrosoli who healed and preached the word of God to the followers.

“We salute the contribution of such wonderful works and we thank the church for the beatification of Father Joseph Ambrosoli It is the most important step,” he said.

The Head of State further made an appeal to the people of Agago district and the Northern region in general to join the campaign waged by the government of ejecting poverty out of homesteads.

He observed that once every household adopts this model, wealth will be created enabling the churches also to benefit because people will have money in their pockets.

“Churches will also be prosperous because Christians will give support. How can we fail to look after our families? If Dr.Ambrosoli could travel from far to help people how about us?” Gen Museveni wondered.

The President also recommended that people with a few acres embrace the 4-acre model assuring them that the government is working on the introduction of an irrigation system.

The Archbishop of Gulu Diocese, The Most Reverend Dr John Baptist Odama prayed for the invocation of Dr Ambrosoli to intervene before God for the Ebola and COVID-19 pandemics to disappear from Uganda so that the people of the country can move freely and in good health.

The Prelate further asked Dr Ambrosoli to seek divine intervention in the war between Ukraine and Russia adding that the people of the 2 countries are “our brothers and sisters”.

The representative of the Pope Apostolic Nuncio to Uganda, Luigi Bianco conveyed to the congregation the felicitations of the Pope at the beatification ceremony.

He urged all Christians to emulate the works of Dr Ambrosoli of selfless service to the people.

The Superior General of the Comboni Missionaries Father Tesfaye Tadese on behalf of their organization expressed gratitude for the day for the beatification of Dr Ambrosoli.

“We are very grateful for this great day when one of us is beatified. We also thank the people of Kalongo, Archbishop John Baptist Odama and all the stakeholders for making the ceremony a success,” he said.

The representative of the Mother General of the Little Sisters, Sister Lugina Frison said Dr. Ambrosoli led a very simple life centred on care and love for humanity. She conveyed the message of Mother General Anne Marie who is in Rome to the congregation.

“Though I am very far away, I am present with you in spirit,” she said.

The ceremony was also attended by among others the Chief Justice His Lordship Justice Owiny Dollo.