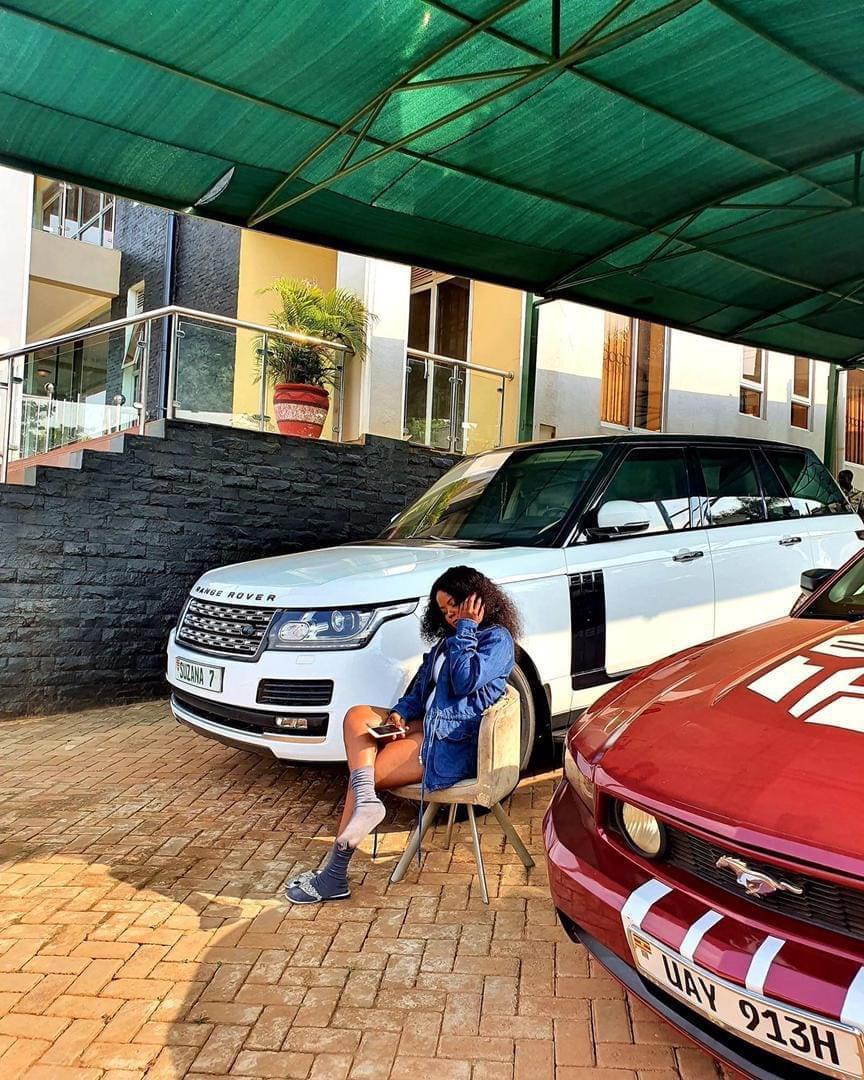 She is the hardworking Ugandan in the middle East and she has managed to keep a low profile regarding her life style and wealth but of recent she is not afraid of showing off.

Having started as a music promoter in United Arab Emirates (UAE), Mtc Numbers is one of the pioneer music promoters in the region.

She used the opportunity as a monopolist and grabbed it with two arms and reaped big from it.
Trading Under Mata Ga Suzana
After amassing wealth from the Arab World, Suzan came back and invested in her home country under the name ‘Mata Ga Suzana’.

Mtc Numbers has amassed a large fortune from importing products from Dubai and engaging her time in the transportation sector where she owns Fuso and Sino trucks for transportation.

This opened up a gambit for her and later she joined real estate business setting up state of the art Villas (Suzana Villas) and Suzana Residences along Entebbe Road. She has continued to set up housing estates along the rich Entebbe Road. Her villas are one of the best in the country.