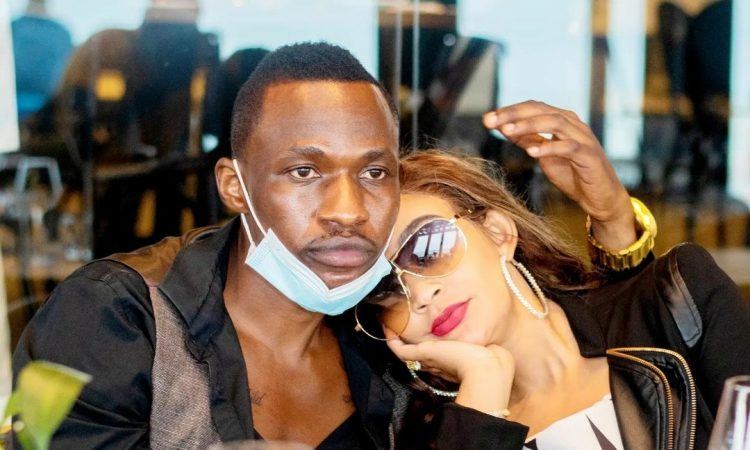 They say money makes everything simple so just make your money and keep quiet.

This is what socialite Zari Hassan does when it comes to landing men.

The South African based socialite is rumored to have found a new babe.

This is after the photos made rounds on Monday showing the beauty in the company of a youthful man.

The two seem to be enjoying each other’s company, hugging and whispering sweet nothings into each other’s ears.

He calls himself a businessman and philanthropist based in South Africa.

It was him who posted these pics. He however put no caption.

Zari despite not posting them on her IG liked them.

The mother of five was rumored to be dating about three men last year.

It however seems she doesn’t want to spend Valentine’s Day alone and therefore decided to fish a new catch to warm her nights.

Zari has dated a number of men but her relationships do not last.

It’s not clear though whether she’s the one who dumps them.