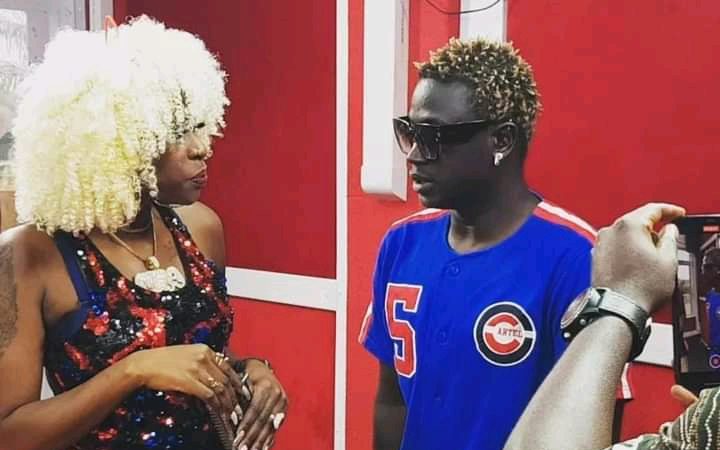 Men no longer these days fear to ask for the ‘word’ even in public as bonking Eve’s daughters has become a daily phenomenon.

Well to avoid things turning out ugly in future with being busted, rapper Gravity Omitujju decided to make his intentions to fellow singer Kapa Cat known live on air and publicly.

Despite being married and living with his wife, Gravity seems like he wants to hunt the Kapa in the Cat.

“Kapa Cat is crazy, I want to bonk her. Kapa please allow me to surf your thighs for just one night,” Gravity openly told Kapa Cat on Galaxy FM.

The rapper is known for some reckless statements he usually makes.

Maybe he could have made this one under the influence of horn.