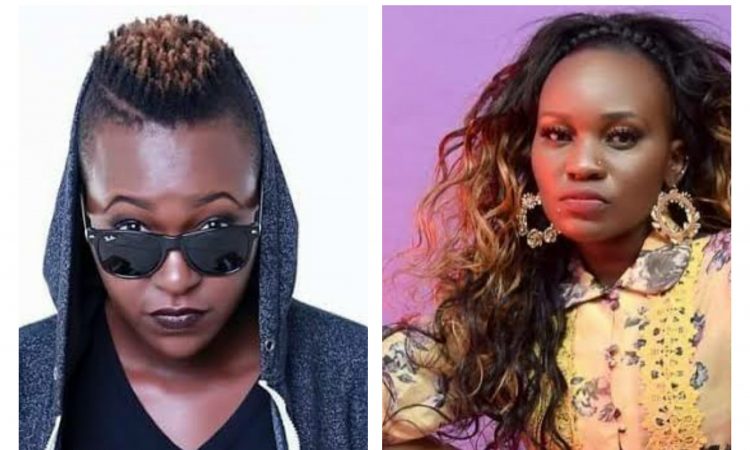 Faded singer Jackie Chandiru has come out to advise another faded singer, Keko on how to beat drug addiction.

All these faded due to drug addiction and therefore it would be the best advice from one to another.

Chandiru almost lost her life due to drugs and many people thought she would never recover.

Jackie says that the desire always comes back but when she thinks about what she went through and is still going through, she aborts.

“Basically, the desire will keep on coming. I know because I used drugs for about 5 years . Even now, the urge comes back, and it crosses my mind and I wonder if I should use them. But when I sit down and see what I’m going through now because I’m still paying the consequences for my actions, the things that were written about me all bad, I slap myself and say Jackie you’re not ready to go through this again,” she said.

She, therefore, advised Keko to first trust in herself that she will beat this situation.

The Gold digger singer added that people still love, and this should be reason enough for her to keep on believing.

“Personally, I’m very sad by what I have seen. Hearing people talk, I didn’t know the situation was so bad till I saw the video. One thing she has to know is that she still has people that love her. If she thinks those closest to her abandoned her, there are still many fans praying for her recovery.”

“She should not at one time think that life is over. If I was able to get out of addiction who can’t, everyone can, but she has to be willing. She has to put in herself that she can get out of that mess. Nothing is permanent, and we are here for her,” Jackie said.