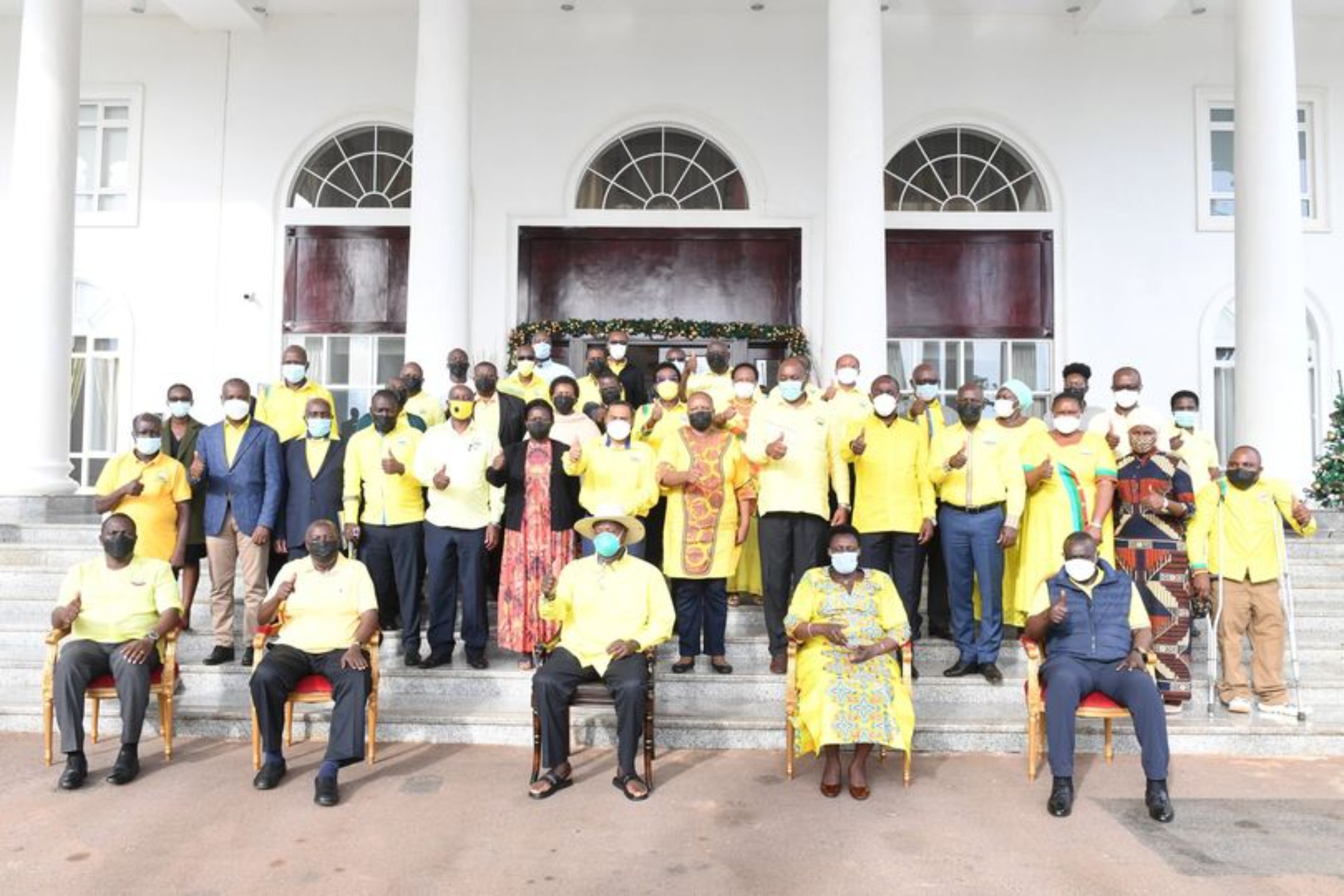 This was reached during a two-day CEC retreat held at Entebbe from 18th to 19th December 2021 under the theme “Mobilization for Socio-economic Transformation”.

During the meeting, the members adopted a strategic working and policy document written by the party National Chairman, H.E Yoweri Kaguta Museveni to act as a guiding tool to the party leadership in the execution of its work.

They also appreciated the extraordinary and steadfast competencies of the Party Chairman, whom they referred to as an unrelenting pan-African leader.

They commended the work done by the security forces in maintaining peace and order especially in neutralizing terrorism in the country.

They said that NRM must at all times side with the legitimate interests of the people as opposed to those of the oppressors such as sectarian politics of religion and tribe, gender chauvinism, corruption, selfishness, and opposition to African integration.

To promote the socio-economic transformation of people, members resolved to help rural farmers who are landowners to join commercial farming and abandon subsistence farming, what the president called working for the stomach.

On the issue of land, the CEC resolved to de-campaign land fragmentation, resist land evictions especially the “bibanja owners” through compensating the “exploitative” Mailo owners.

They also said that the NRM government should ensure improvement of social services and amenities through enforcement of free education in all government schools, also availing cheap electricity for manufacturers, eliminating all sorts of crimes and theft through improved security services.

CEC commended the Rt. Hon. Secretary-General of NRM and the entire secretariat team on a vibrant and focused commencement of their tour of duty.

For a follow up of the resolutions, members have agreed to meet again in February 2022 for further but in-depth sectoral discussion of the aforementioned work plan and also to identify the policy ramifications.