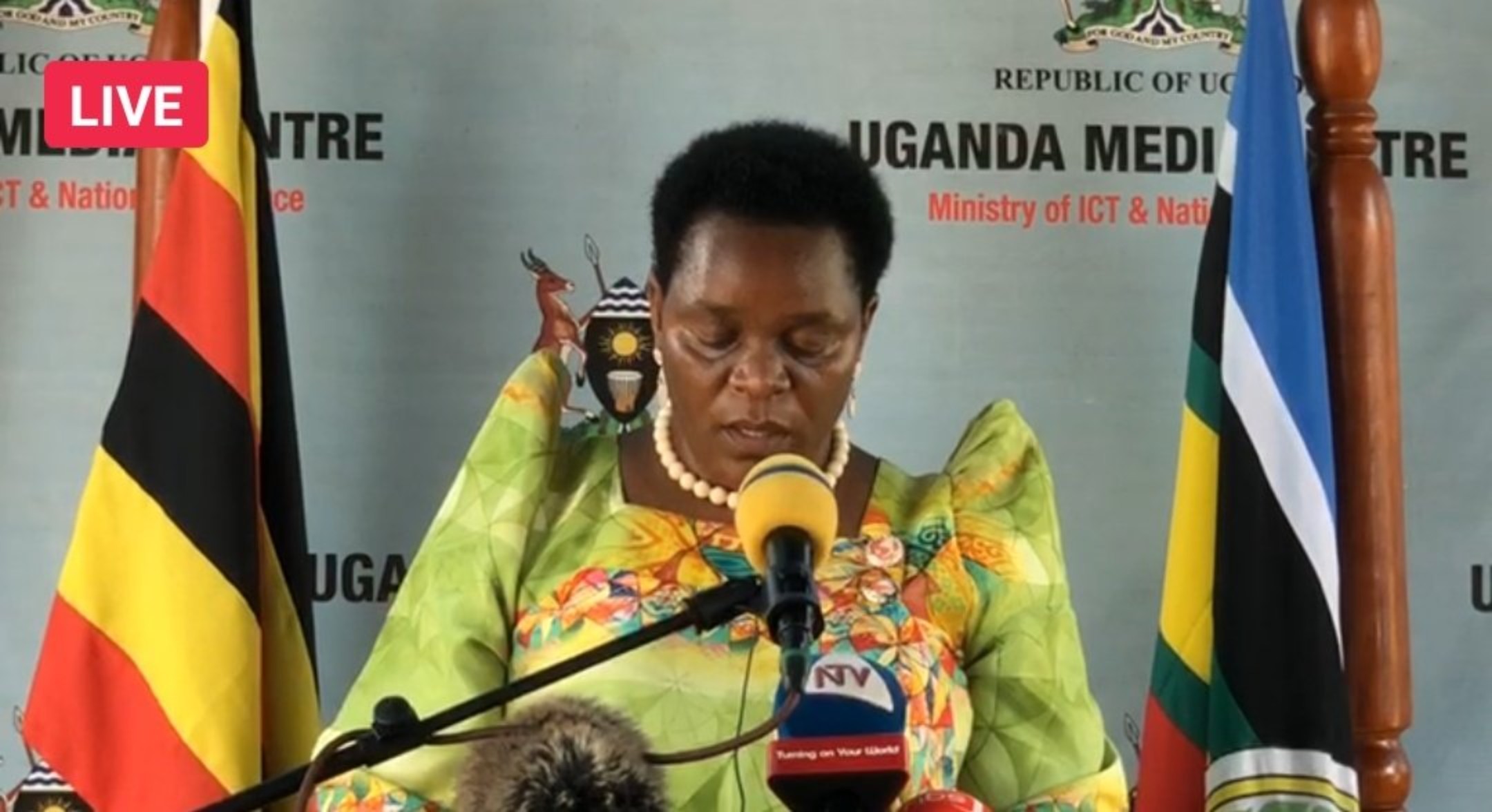 56% of ever-married women and 44% of ever-married men have experienced spousal violence whether physical, sexual, or emotional, data from the Uganda Demographic and Health Survey (UDHS) 2016 indicates.

According to the UDHS (2016), 51% of women and 49% of men neither sought help nor told anyone about the violence. Thus denying themselves the opportunity to access available support services.

These worrying statistics were shared by Hon Mutuuzo Peace the Minister of State for Gender and Culture Affairs while announcing the launch of sixteen (16) Days of Activism Campaign against Gender-Based Violence (GBV) 2021 set for this Friday, 26th November 2021.

Hon Mutuuzo told the media in Kampala this morning, that the National launch for this year will take place at Amagi Primary school, in Kamdini Sub County, Oyam District on 26th November 2021 under the theme; “Orange the World: End Violence Against Women and Girls Now!”

The campaign was first started by activists at the inaugural Women’s Global Leadership Institute in 1991 and has since grown into a global campaign.

Female Genital Mutilation (FGM) also remains widespread in Kapchorwa and Moroto where 13% and 52% of girls and women aged 15-49 respectively have been subjected to FGM.

The Uganda Police Crime Report 2020 also indicated over 14,000 cases of defilement were reported in 2020, 44% of boys and 59% of girls aged 13-17 had experienced physical violence while 20% of children aged 1317 had experienced emotional abuse.

Violence against women and children deprives them of their right to protection, safety and security, dignity and represents a substantial obstacle to equality between women and men.

The COVID 19 pandemic and the associated control measures, which created a lot of anxiety, stress, and hardships to most family members and communities escalated cases of GBV.

The pandemic has exacerbated all the risk factors for VAWG, including unemployment and poverty, and reinforced many of the root causes such as gender stereotypes and harmful social norms.

“We have witnessed the resurgence of Female Genital Mutilation (FGM) among practicing communities in Sebei and Karamoja Regions. The Uganda COVID-19 Rapid Gender Assessment of 2020 indicates that 13 percent of girls and 52 percent of women aged in the category of 15–49 years have been subjected to FGM” the Mi.

Notwithstanding the high prevalence of GBV, the minister says Government has prioritized the prevention and response to GBV through interventions like:

The minister says a series of activities are planned for this period to sensitize the public about the importance of the 16 Days of activism against GBV. These include;

Minister Mutuuzo urged all Ugandans to participate in the activities organized by stakeholders across the country to raise awareness and be champions against GBV.