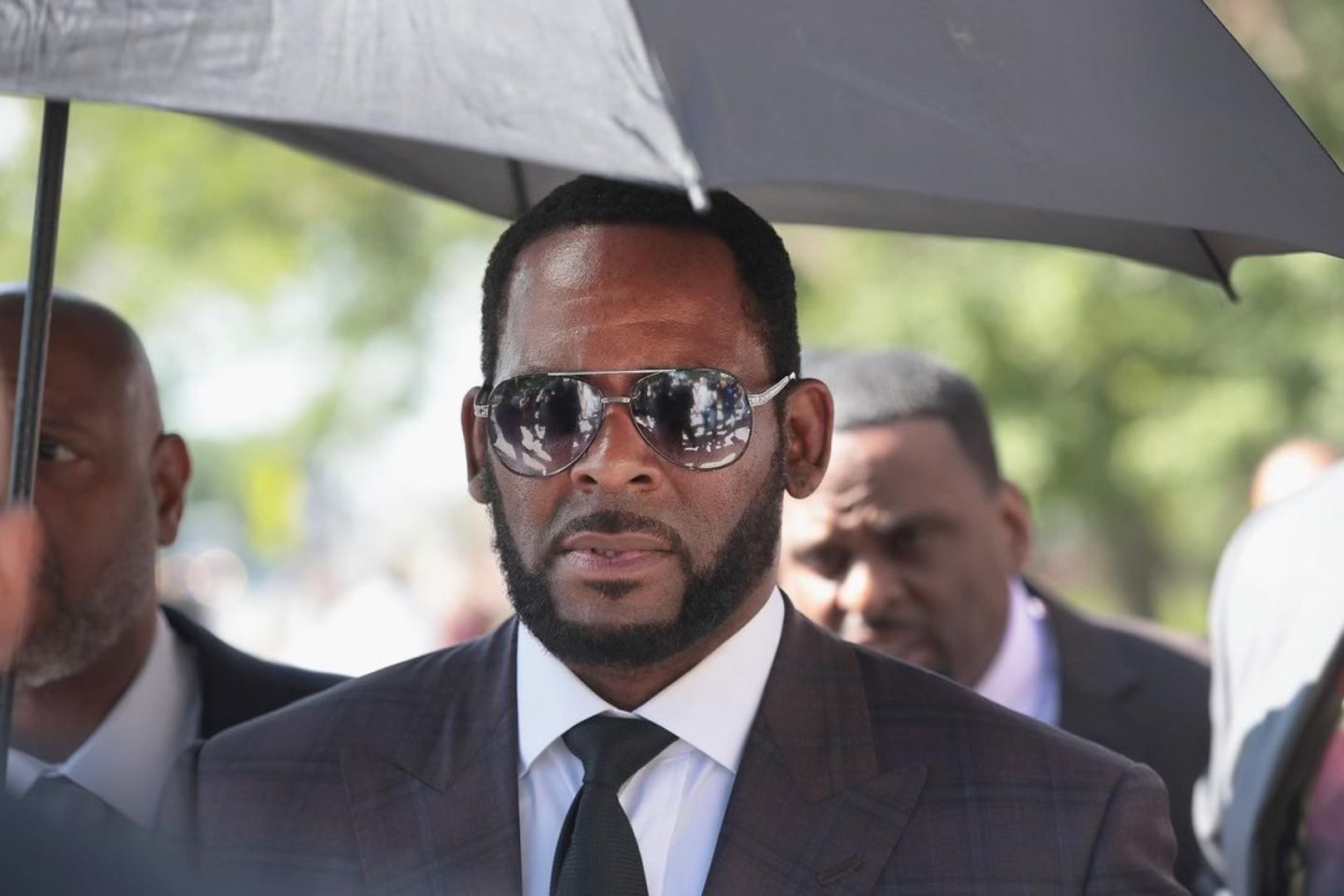 US singer R Kelly has been found guilty of exploiting his superstar status to run a scheme to sexually abuse women and children over two decades.

Eleven accusers, nine women and two men, took the stand over the searing six-week trial to describe sexual humiliation and violence at his hands.

After two days of deliberation, the jury found Kelly guilty on all the charges he was facing. Sentencing is due on 4 May and he could spend the rest of his life behind bars.

The jury found Kelly, whose full name is Robert Sylvester Kelly, was the ringleader of a violent and coercive scheme that lured women and children for him to sexually abuse.

The singer – most famous for the award-winning song I Believe I Can Fly – was also found to have trafficked women between different US states and produced child pornography.

Along with eight counts of sex trafficking, Kelly was found guilty of racketeering – a charge normally used against organised crime associations.

During the trial prosecutors detailed how his managers, security guards and other entourage members worked to assist him in his criminal enterprise.

One witness – identified in Kelly’s indictment as Jane Doe No 5 – testified that he repeatedly abused her over the course of a five-year relationship, which began when she was a 17-year-old aspiring singer in 2015.

Now 23, the witness also testified that she contracted herpes at age 17 from the singer after having sex with him. She said he had not told her that he had a sexually transmitted disease, as he was legally required to do.

“This man purposely gave me something he knew he had,” she said. “He could have controlled the situation.” Kelly’s physician later testified that the singer had been prescribed herpes medication since 2007.

When she confronted him, he became “agitated and told me I could have gotten that from anyone. I told him I had only been intimate with him”. When it became impossible for her to have sex due to pain, he complained that her body was “broken”.

One woman who testified that Kelly imprisoned, drugged and raped her said in a written statement after the verdict that she had “been hiding” from Kelly due to threats made against her since she went public with her accusations.

“I’m ready to start living my life free from fear and to start the healing process,” added the woman, identified in court as Sonja.

Another woman who testified in court, Lizette Martinez, said she was “relieved” by the verdict.

“I’m so proud of the women who were able to speak their truths,” she added.

Legal documents have revealed the mental torment that Kelly subjected his victims to. They were not allowed to eat or use the bathroom without his permission, he controlled what clothes they wore and made them call him “Daddy”.

Gloria Allred, a lawyer who represented several victims, told reporters: “I’ve been practicing law for 47 years. During this time, I’ve pursued many sexual predators who have committed crimes against women and children.

“Of all the predators that I have pursued, Mr Kelly is the worst.”