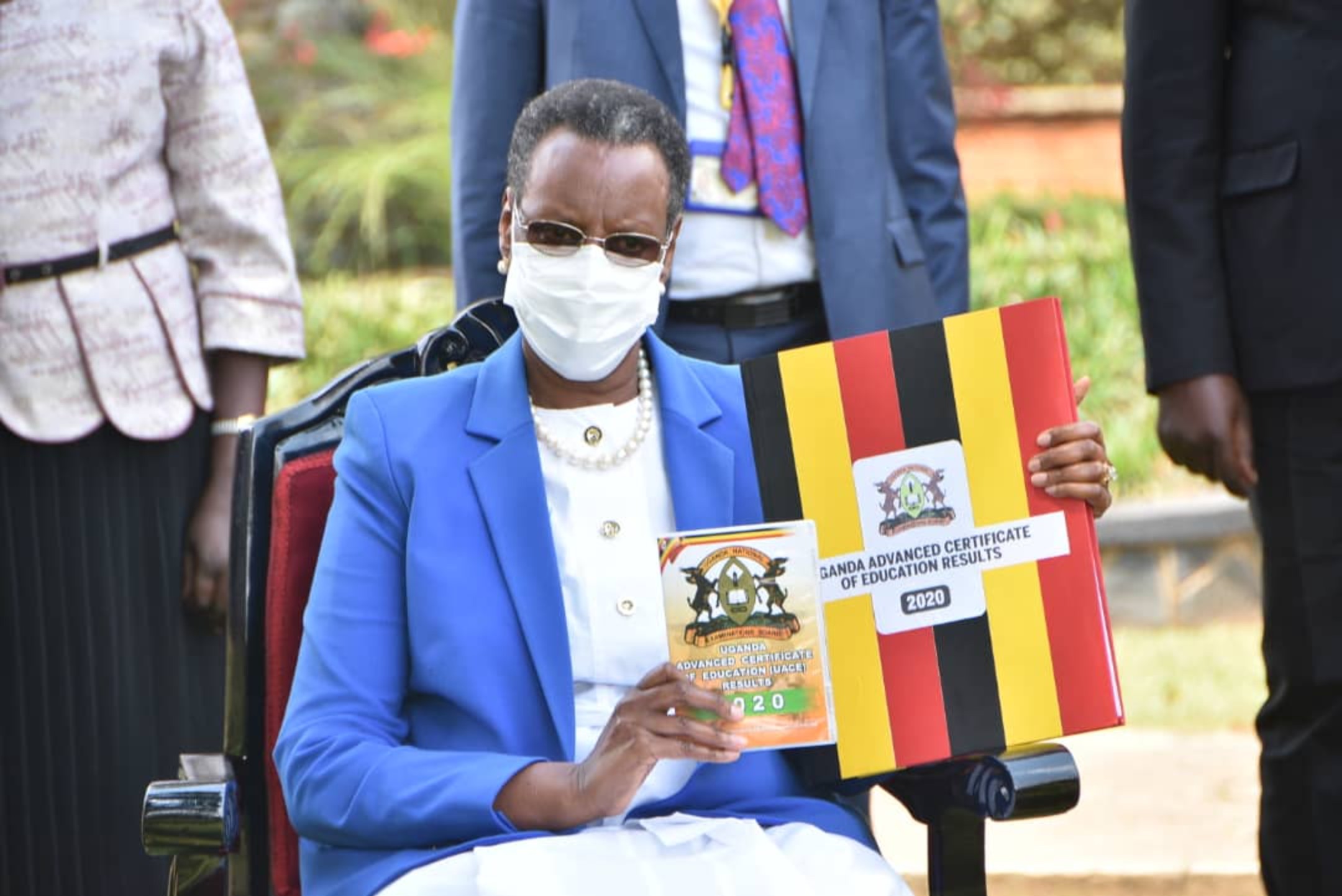 Uganda National Examinations Board, UNEB has Friday, August 20th, 2021 officially released the 2020 Uganda Advanced Certificate of Education (UACE) examination results. The Board conducted this examination between 12th April and 3rd May 2021 under the theme “Integrity and Security in the Management of Examinations; the Health and Safety of the Learners is a joint Responsibility”.

Dan Odongo the UNEB Executive Secretary says the decrease of candidature at this level has been much more than at UCE.

Forty-one thousand, one hundred ninety (41,190) female candidates registered for UACE in 2020 compared to 43,625 in 2019. Females constituted 41.9% of the total number of candidates who took the examination in 2020. Whereas parity has been achieved at the lower levels (PLE and UCE), the number of females transiting to the UACE level is still significantly lower than that of males.

The numbers registering for this examination have been fluctuating over the last five years.

Odongo says the rate of absenteeism of candidates at UACE in 2020 has remained about the same at 1.0% in 2019 and has been reducing over the last five years.

Meanwhile, there was a significant improvement in the performance of 2020 candidates compared with that of 2019 at the different principal pass levels.

An analysis of the overall candidates’ performance in the examination shows that a very high percentage of candidates (99.2%) qualified for the award of the UACE, more than the 98.6% of 2019. There is better overall performance than that of 2019.

At the minimum two Principals level required for University admission, 68,013 candidates (69.8%) qualify, which is 2,290 more than in 2019. In cases where one Principal and two Subsidiary passes levels are considered for admission to other tertiary institutions, 89.3% of the candidates will qualify.

The best blind candidate is Elaju Daniel from Iganga SS who scored A, A, A in History, Christian Religious Education and Literature in English respectively, and Subsidiary passes in General Paper and Computer Studies.

The best dyslexic candidate is Akantambira Shiphra from Bweranyangi Girls School with B, B, B in Entrepreneurship Education, Economics, and Literature in English respectively and subsidiary passes in General Paper and Subsidiary Mathematics.

Kayira Reese Terah from Hilton High School is the best physically handicapped candidate who scored C, A, C in Mathematics, Art, and Building Drawing respectively, and a subsidiary pass in General Paper and Computer Studies.

There is an overall improvement in all the subjects apart from Literature in English. Although there is a drop in the number of candidates registered this year, entries for the Science subjects and Mathematics increased significantly compared to entries for 2019. Entries for Sciences are, however, much lower than for the Arts subjects.

In terms of percentages, female candidates performed better than their male counterparts at the principal level pass (A-E) in Arts (Humanities), Mathematics, and Physics. Male candidates were better in Agriculture, Chemistry, Biology, Art, and General Paper.

Female entries for the Sciences and Mathematics have remained far lower than that of the males. Only 26.7% sat for Mathematics, 6.9% for Physics, 13.2% for Chemistry; and 12.3% for Biology.

Meanwhile, Odongo says cases of malpractice at this level have remained low. The reported ones have been mainly external assistance in Mathematics, Biology, and Computer studies. In accordance with Section 4 (3) of the UNEB Act, 2021, the Board, has withheld those results and will accord the affected candidates a fair hearing before passing a final verdict.