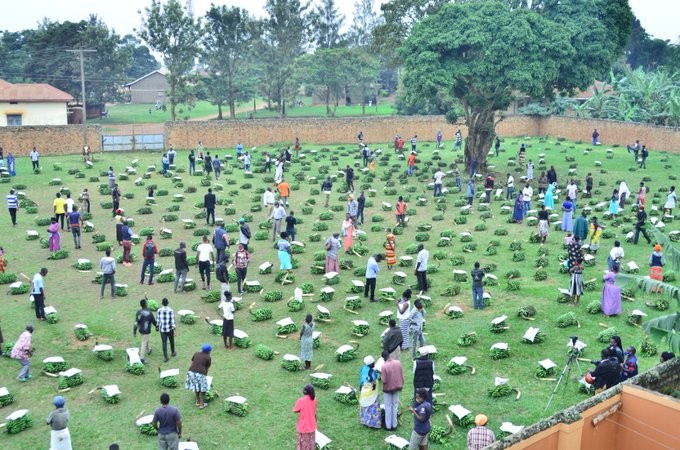 2,562 persons were arrested last week for flouting curfew and lockdown provisions put in place by President Yoweri Museveni in June.

1,174 were cautioned, 322 were released on police bond and 73 are pending Court, while 993 were taken to Court and charged under the new regulations under the public health orders.

According to Fred Enanga the police spokesperson, 875 vehicles were also impounded in the course of last week, 470 were issued with EPS tickets, 380 motorists were cautioned, while 25 motor vehicles are still parked at different police stations.

3,222 motorcycles were impounded country wine and out of these, 2,358 were issued with EPS tickets, 448 riders were cautioned while 430 motorcycles are still packed at different police stations.

Meanwhile, Enanga says they had noticed an increase in food distribution by good Samaritans, but says that much as this is appreciated, the individuals must follow protocols put in place by the National COVID-19 Task Force.

“From now onwards, we are going to put more attention in the area of food distribution, to ensure that all good Samaritans work with respective COVID-19 district task forces to have organized food distribution process” Enanga says.

He noted that in some videos seen on social media and in mainstream news, some people were crowded and this is dangerous. He also warned that the task forces must ensure that the food which is being distributed to Ugandans, is of good quality, to avoid high levels of aflatoxins in food that is dangerous for human consumption.