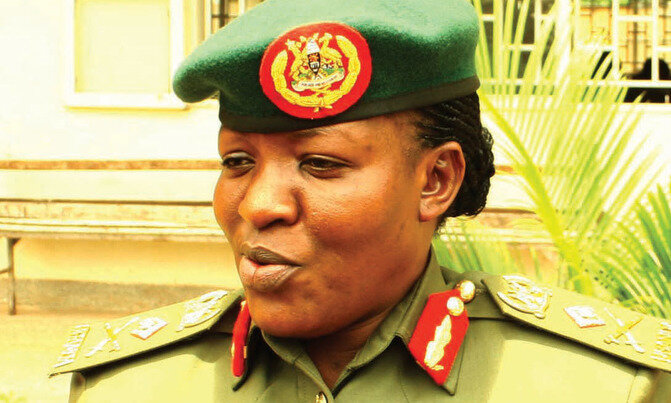 Uganda Peoples’ Defence Force soldiers have Friday, while at Zeu Forest, repulsed an attack by about 20 men disguising as forest workers.

According to Brig.Gen. Flavia Byekwaso the UPDF Spokesperson, six of the attackers were put out of action and 01 SMG with 11 live ammunitions, 11 bows with arrows and 03 machetes seized.

The attackers are suspected to be CODECO Lendu Congolese Armed gang and Ugandan informers. The deceased have been identified by locals as 02 Ugandans and 04 DRC Nationals from Ayurpa and Miabil trading centers in Muhagi Territory.

“Sadly, we lost one comrade and three others were injured. They were airlifted to Bombo General Military Hospital for management. We wish our injured soldiers a quick recovery and mourn with the family of the comrade who fell in line of duty while defending his country” Byekwaso said.

She appealed to the community in the area to remain calm as security continues coordinating with their Congolese counterparts to track down the group that managed to escape back to DRC and avert future attacks.

“We remain committed to fulfilling our constitutional role of securing our borders from aggression.”