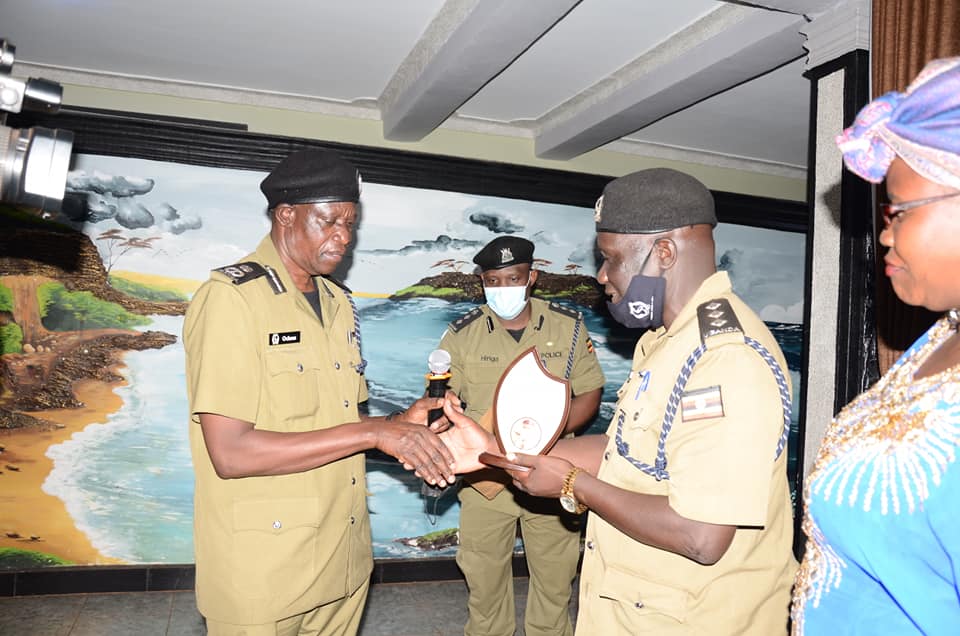 By the time of his retirement, ASP Ngako was the Regional PRO, Kiira and Regional Community Liaison Officer (CLO) in the same region.

ASP Ngako was seen off at a beautiful ceremony on Saturday, graced by AIGP Edward Ochom, the Director Operations, and, CP Fred Enanga the Police Spokesperson, The Hon. MP for Jinja North, the City Mayor, all Religious leaders notably the Regional and District Khadi, Pastors all Local Council leaders and Media fraternity who jointly organized the function with the RPC.

AIGP Ochom thanked ASP Ngako for having retired from the Uganda Police Force with honor, dedication and commitment.

“Without men like him, the police force would not live up to its long standing and respected vision of an enlightened, motivated, community oriented, accountable and modern police force geared towards a crime free society,” AIGP Ochom said.

Adding that; “On this day, we do not Just celebrate one man, but countless men like him, some retired, others still in service and others yet to join the service, whose zeal and commitment to duty, is our nation’s pride. The direct duty is making sure that life and property of all people within the country is better. We celebrate you on behalf of the police leadership.”

Police spokesperson CP Fred Enanga described ASP Ngako as an officer who ably rallied citizen support, for the force especially in carrying out its operations.

“We all know we work in the most dynamic and tech savvy environment which brings to life extensive media and citizen attention to every event in the country. Mostly because the police force is often in the spotlight. RTD ASP Hajji Abbey Ngako has throughout his outstanding public relations protected our force against the erosion of citizen confidence and negative publicity. Those are the positive attributes that management considered when it deployed you to work in Kiira Region. You served the region very well,” Enanga said.

Adding that; “You have left behind great examples, a better image of the force in Kiira and a stronger media police relationship within the region. Thank you so much and for enduring.”