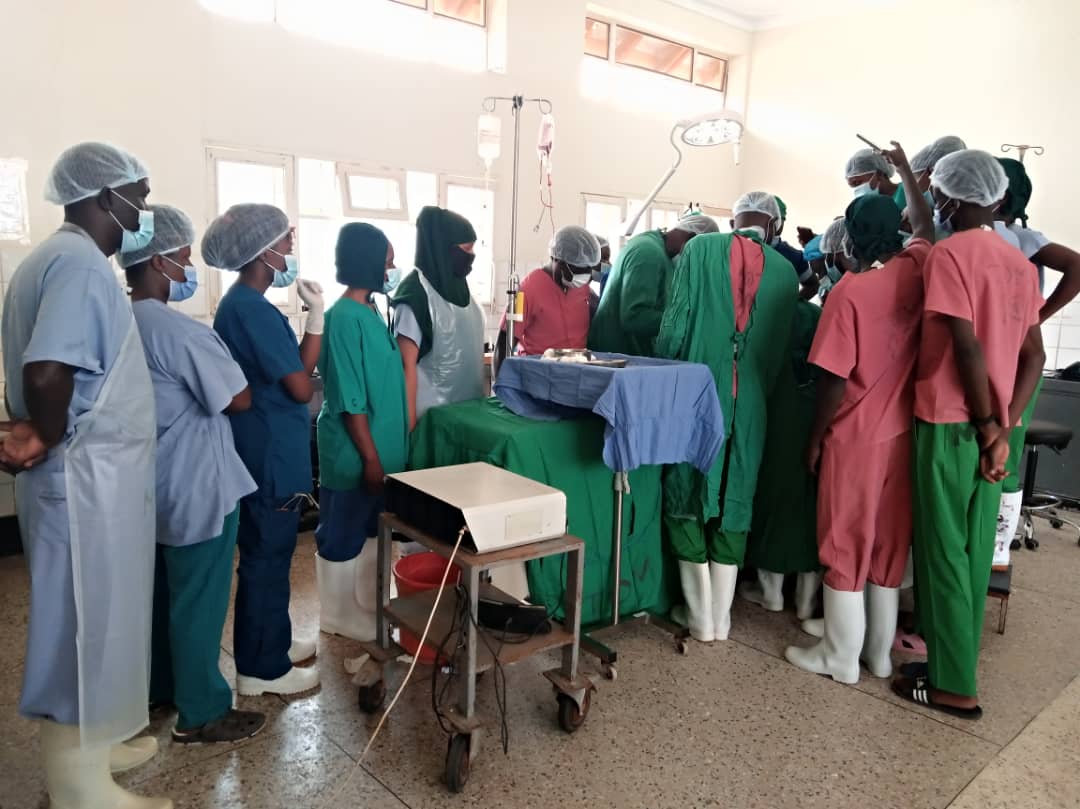 The opposition Forum for Democratic Change, FDC party has applauded Dr. Joseph Epodoi the Senior Consultant Surgeon at Soroti Regional Referral Hospital, for leading a team of Surgeons that separated conjoined twins over the weekend.

The children belonged to a teenage mother Loyce Alinga who was a senior three student in Aojangor village, Obalanga Sub-county in Kapelebyong District.

Complications arose when it was discovered that one of the twins was a still birth, while the other was alive. Doctors at Amuria Health Centre IV referred the family to Mulago National Referral hospital in Kampala, where they were allegedly abandoned by health workers and later discharged.

Addressing the weekly party press conference at their headquarters in Najjanankumbi, Harold Kaija the FDC Deputy Secretary General wondered if Mulago had sent them home to bury both twins together, despite one being alive.

“You wonder, when Mulago was sending them back home, were they sending them to bury both? Because since one was dead, you cannot keep them with the one who is living. It is a story that must be investigated. Because I know the reason why they were being referred to Mulago, was because of the situation in our health sector” Kaija said.

He added that government does not care about Ugandans since most officials have health care in Kenya, India, US and Europe and don’t care what happens in the country. Kija referred to Dr. Epodoi as a hero of the country.

“We would like to call this good doctor, a hero of our country. But as you know, this country and those who manage it never take such people as heroes. Those who remember Dr. Mathew Lukwiya who died saving people from Ebola, in the US he is celebrated and there is an award. But here, nothing, not even a single award. Such people motivate young doctors” he said.

He added that as a party, they are requesting for improvement of the wellbeing of medical workers in the country. According to Kaija, he had expected workers to vote Dr. Oburo who had contested and was the champion of interests of medical doctors. But instead, workers voted those who will go and keep silent due to money that exchanged hands.

According to Kaija, the party will organize and give Dr. Epodoi a gift.