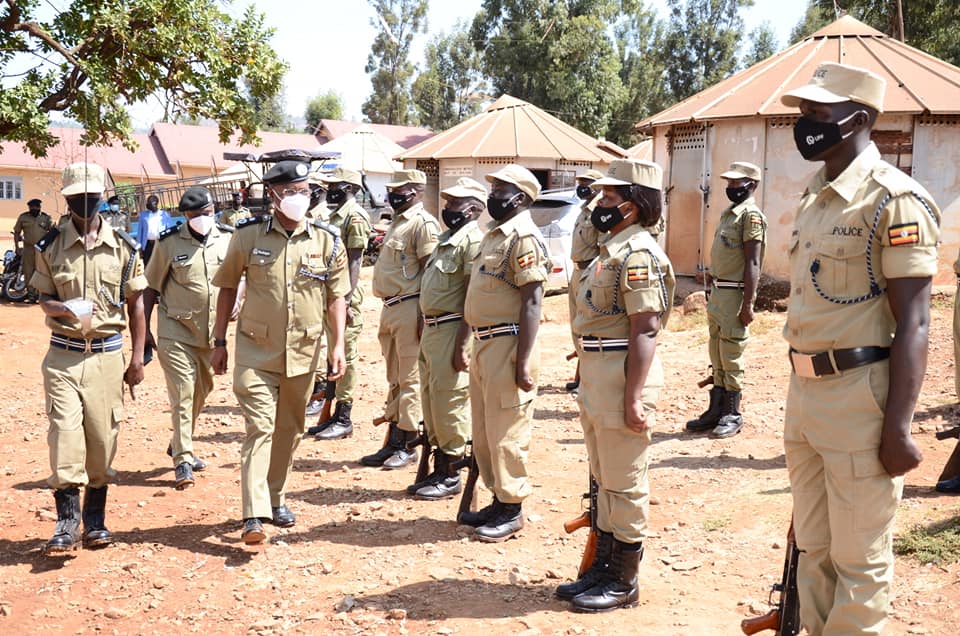 Uganda Police Officers in Sipi Region have been urged to avoid any form of corruption and exercise high level discipline in order to deliver better services to the wanainchi.

The call was made by AIGP Asan Kasingye the Chief Political Commissar in the Uganda Police Force who has been traversing the region for the last three days.

AIGP Kasingye who has been on a rectification and ideological orientation tour in the region on Thursday met with officers from Bukwo, Kween and Kapchorwa districts and noted that the corruption has tainted the Force’s image.

“I’m traversing the country talking to officers about the issue of corruption, like selling of police bond. Service delivery cannot reach the grassroots. We don’t serve with patriotism just because of the cancer of corruption. We must tackle corruption head-on,” AIGP Kasingye said.

Adding that police has a zero tolerance for corruption.

“We have a zero tolerance on corruption. If anyone has been implicated in issues of bribery and other issues of corruption, we are not going to transfer these officers from district to another, we are going to try our officers and if found culpable, we shall dismiss them from the police” he warned.

AIGP Kasingye also showed concern over the increase in cases of indiscipline among officers noting that has also tainted the image of the force. He, therefore, asked officers to exercise discipline and avoid corruption so as to save their image.

“If we exercise discipline and avoid corruption, I have no doubt that we are going to change the image of the police force into what Ugandans expect of us. In short, we are emphasizing the tenets of community policing program. The police should be in touch with the public that we serve. So, we have encouraged the officers to go the field talk to the community and listen to their problems.  So, community policing is going to be heightened to solve all the problems that we have,” AIGP Kasingye noted.

In 2015, Uganda Police Force management passed a policy that requires the Chief Political Commissar to go on a rectification campaign exercise across the country, visit units so as to understand and appreciate the conditions under which police officers serve and then rectify the problems while in the field or return the concerns to police management if the issues are long term.