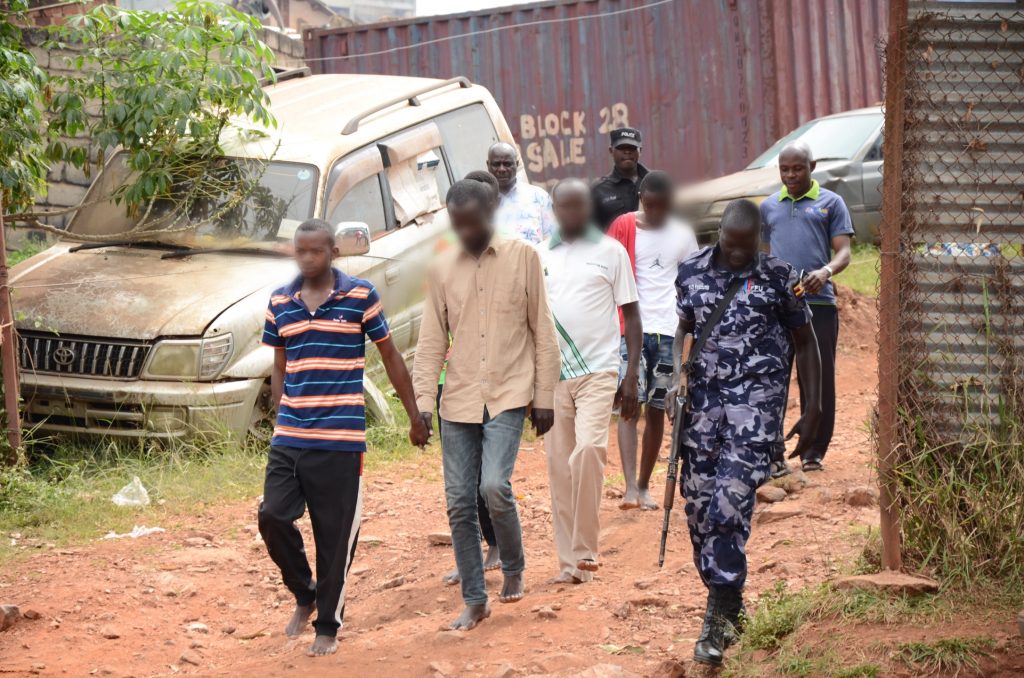 Detectives from the Criminal Investigations Directorate, CID have arrested three members of one family; parents and their 20-year-old boy following intensified operations against crime in the city.

Mr and Mrs. Lule were arrested for shielding their son- Ssetimba Samuel, 20, resident of Kawala, Rubaga Division, Kampala District- who is a suspect in the robbery of Euros 100.000 a day earlier.

According to Twiine Mansio Charles the CID spokesperson, another accomplice- Mugisha Julius, a bodaboda rider, resident of Wakiso Town Council was also arrested. These are part of the bigger group of suspects arrested in various other offences in and around the city.

“Investigations indicate that Ssetimba, Mugisha and others some of whom are still at large, moving in a convoy of more than 8 motorcycle Bajaj boxers, hit an Indian businessman with a hard object in the face, while hoodwinking onlookers as if they were hitting a thief. The incident left the victim unconscious, as the suspects grabbed his bag, containing Euros 100,000, as the suspects fled to unknown destinations” Twiine narrates.

The matter was later reported by the victim on 10th Feb. 2021 and investigations commenced immediately until the Flying Squad Unit arrested the suspects.

The suspects were found with several women bags, several ATM cards and other valuable items.

police arrested several other suspects from Kawempe, following reports of several robberies and car break-ins in the Kampala Metropolitan Area.

This particular operation was aided by the use of the CCTV cameras and ground intelligence from people who volunteered information. The suspects are part of a syndicated crime involving several boda-boda riders who move in convoy-coordinated movements, closely trailing victims. Several items have since been recovered.

“We also appeal to the business fraternity to always seek for escorts from either Uganda Police nearby police stations or private security organizations whenever they need to move with large cash. The police are vigorously conducting more operations until the suspects still at large are arrested and the city pacified of these violent crimes” Twiine added.

The arrested suspects will be arraigned in court under different charges including attempted murder, among others.