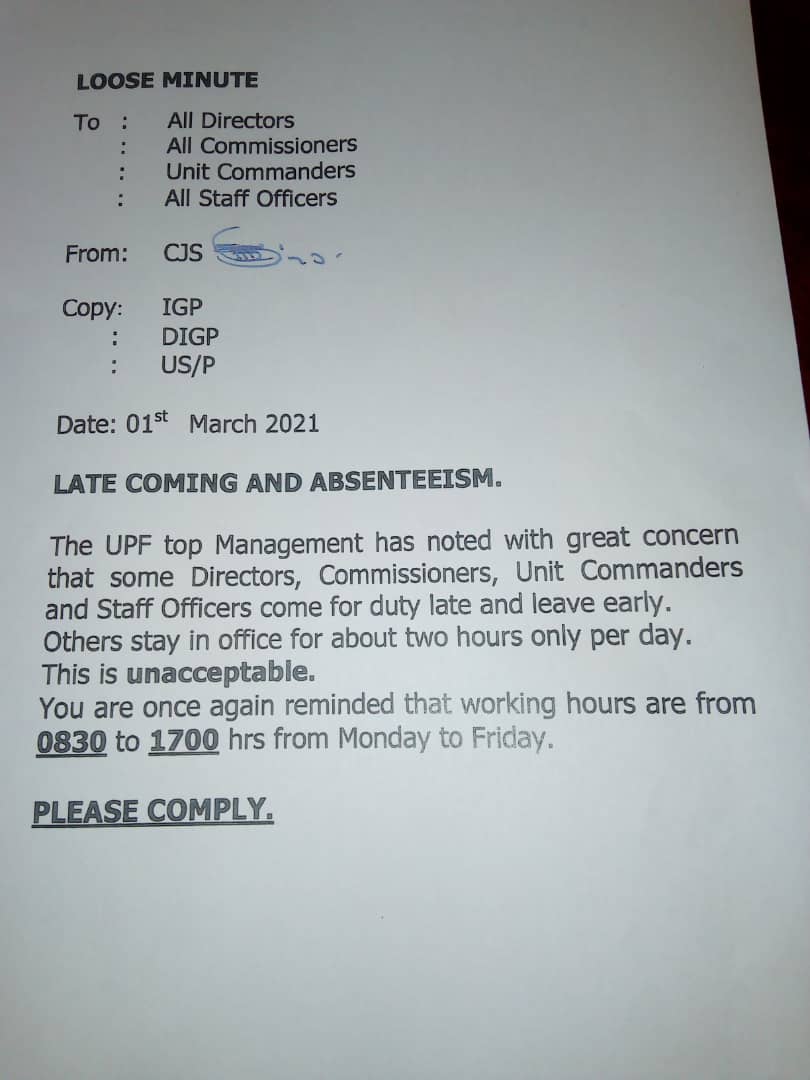 According to the Force’s guidelines, one must report at 08:30am and leave at 05:00PM everyday from Monday to Friday.

However, the Chief of Joint Staff AIGP Brigadier Jack Bakasumba in a letter copied to the IGP, DIGP& US/P, says he has noted woth concern, that several Directors, Commissioners and staff officers come late in the morning and leave earlier than stipulated time.

Adding that some stay in office for as little as two hours.

“This is unacceptable. You are once again reminded that working hours are from 0830 to 1700hrs from Monday to Friday” AIGP Bakasumba writes.

It has been a norm for people working in such public offices to show up for work when they want, and leave whenever they choose to. Such cases are mostly reported in Ministries and local governments, where it is alleged that some officers do not even show up for work, for a whole month.