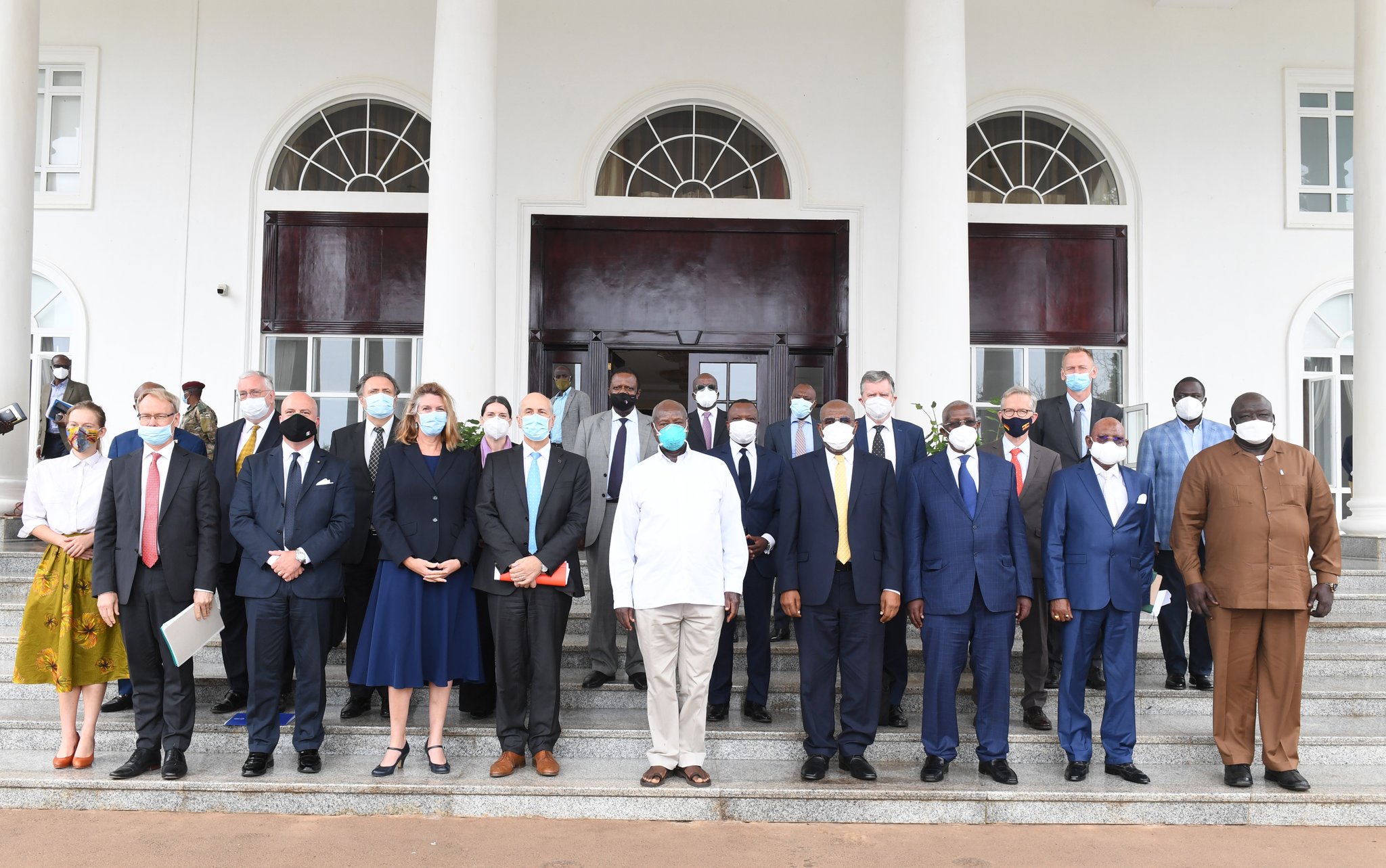 According to Don Wanyama the senior presidential press secretary, H.E Museveni asked both parties to work for shares goals and people’s good.

He further told urged them to always consul government and said he would share security findings into November riots.

The EU said they would continue supporting development programmes.

On Wednesday, the group paid a courtesy visit to the ruling National Resistance Movement, NRM party headquarters on Kyandondo Road in Kampala.

Mr. Attilio Pacifici expressed his concern over the growing spread of fake news that intends to create diplomatic standoff between the Government of Uganda and the EU.

“Someone is creating problems between the European Union and the Government. There is a lot of false information circulating and this is spoiling our relationship that has existed for the last four years,” Pacifici said.

Regarding the recently concluded elections, NRM Secretary General Lumumba assured the delegation that the exercise was free and fair.

“In the presence of my colleagues like the NRM Deputy Secretary General, Hon. Richard Todwong, we want to assure you that we had a peaceful election on January, 14th 2021,” Lumumba said.

Shortly after addressing the media, the two parties later held a closed door bi-lateral talks focusing on Democracy, elections, human rights violations that were amplified by the media, poverty, sectarian offensive utterances among other things.

The delegation also met with the National Unity Platform, NUP party president Robert Kyagulanyi at his home in Magere, before attempting to meet with the Forum for Democratic Change party leadership which turned down the request.