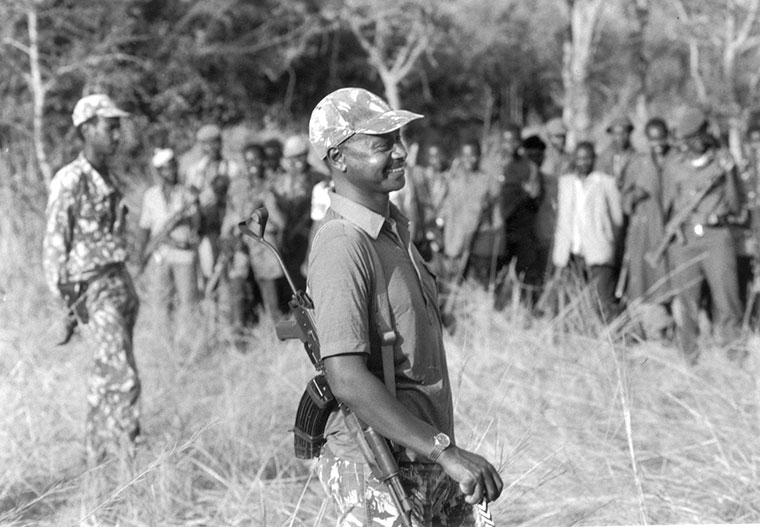 Hon. Esther Mbayo the Minister for Presidency congratulated the NRM party and our National Chairman President Yoweri Museveni for the victory and the new mandate he has been given to lead the country in the next 5 year (2021- 2026). She further thanked her electorate in Luuka District for massively re-electing me to continue serving them in the next parliament.

The minister was on Friday addressing the Press at Uganda Media Centre when she announced that Uganda will on the 26″ January, 2021 celebrate its 35″ NRM/A Victory Day anniversary.

According to Mbayo, this year’s celebrations will be held in a “scientific” manner. “In other words, very few people not exceeding 50 will join H.E the president at State House Entebbe in celebrating the 35years of leadership of the NRM/A” she said

This year’s theme is; “Celebrating the 35″ NRM/A Victory Day: A call to play our duty in Securing Our Nation’s Future”.

President Yoweri Kaguta Tibuhaburwa Museveni will be the Chief Guest.

“There will not be the traditional programmes and fanfare because as a country we are still adhering to the Ministry of Health directives of observing the Standard Operating Procedures as we manage the Covid-19 pandemic. The day’s programmes will be aired live on all

Channels of our national broadcaster, the UBC. UBC will also provide the feed to other broadcasters in the country and indeed the rest of the

World for them to equally relay the function to their viewers” Minister Mbayo said.

On January 26th 1986, Yoweri Museveni who had led a protracted people’s war had captured Kampala and overthrown the then fascist regime of the UNLA.

Vices such as: tribalism and sectarianism ideologies. This created a legacy of bad politics, poor governance, disastrous social development philosophies and practices. It also led to an economic system that entrenched a vicious cycle of poverty and dependency” Mbayo added.