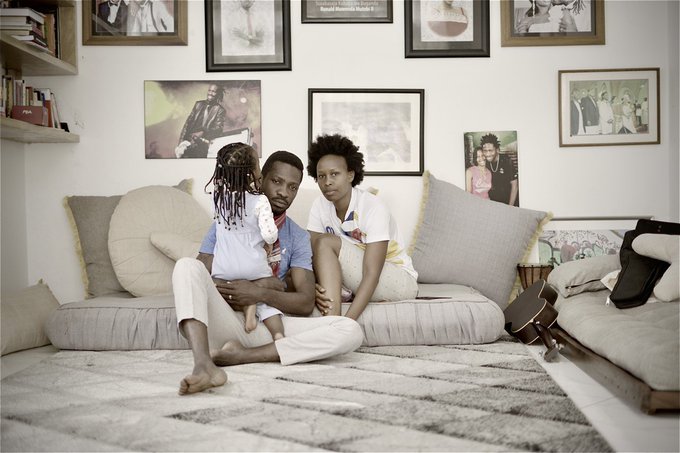 A delegation of leaders from the National Unity Platform, NUP party has Thursday afternoon been allowed access to their President Robert Kyagulanyi Ssentamu, alias Bobi Wine.

According to Kampala Metropolitan Deputy police spokesperson Luke Owoyesigyire, a delegation of 8 people arrived at Magere at around 3.30PM on Thursday.

According to Owoyesigyire, the team carried food items and essential commodities for the family, in supplement to the daily purchases.

“We continue to maintain our preventive action and cover in the area, as we await the outcome of the writ of Habeas Corpus, before the High Court in Kampala” he said.

Earlier this week, Police scheduled a visit for the former Presidential candidate’s team of lawyers but Kyagulanyi refused to meet with them. It was alleged that his house is being watched and has been bugged by military who are spying on him.

It is believed that the team is laying a strategy for their case which is before the Courts of law, trying to get their leader out of house detention. The team of lawyers was in the Civil Division of High Court earlier this morning.

Kyagulanyi has not been allowed to leave his house since election on January 14th 2021 and no one has been allowed to visit him either, including his party members, journalists and the American Ambassador who attempted to see him last week.