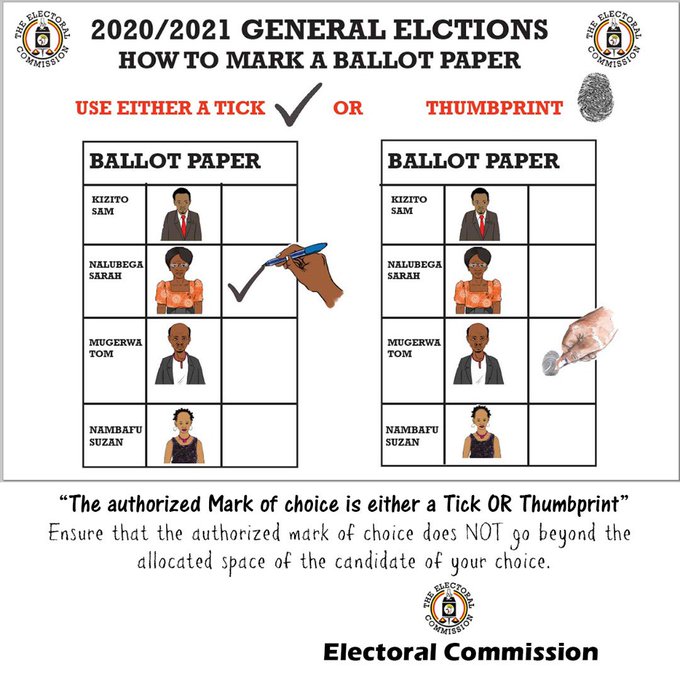 There are dramatic scenes in Nalukolongo where Ugandans who turned out to cast votes for Lord Mayor, Division Mayors and Councilors are demanding for burning of already cast wrong ballot papers.

The drama started when some voters realized that the wrong women councilors ballot boxes were delivered to their area, yet some other people had voted.

With the new voting technique of people ticking on Party symbols instead of candidates, many did not pay attention to the pictures of candidates on the ballot papers and voted.

The mistake was realized later and those who turned up to vote later demanded that the other votes that were already cast in the mistaken category be burnt.

“We should burn those already ticked ballots; after all they are at a wrong polling station and of no use. We can’t risk this box being taken to the right polling station in Mutundwe and the votes awarded to these candidates” one of the concerned voters said.

The electoral commission is yet to comment on the issue as voting at the polling stations with wrong ballots remains at standstill.

Ugandans are today Wednesday 20th January 2021 voting for the Lord Mayor, Directly Elected Councilors and Women Councilors for Kampala Capital City Authority (KCCA) and the ten (10) cities across the country.

According to the EC, Voting in today’s elections for City/ District Local Government Councils shall be by universal adult suffrage, and shall take place at all polling stations in the country, beginning at 7:00am till 4:00pm.