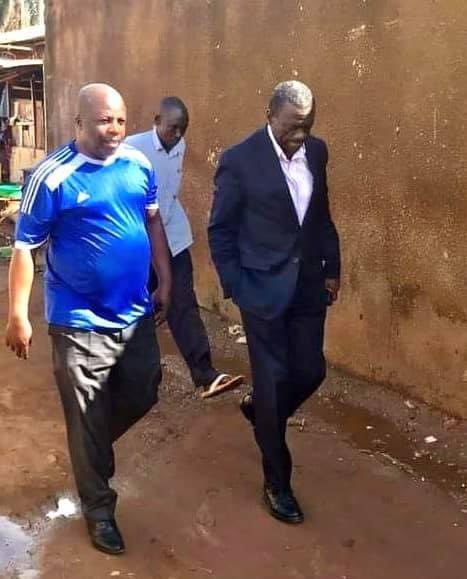 The Forum for Democratic Change FDC chairman for Busega and businessman Hajj Asuman Ssemakula has been kidnapped.

According to Col Dr Kiiza Besigye the former FDC president, Hajj Ssemakula was taken by uniformed armed men from his home after midnight last night.

According to Dr. Besigye, he has received reports that about 30 armed men dressed in black uniforms invaded the home about 12.30am and took him away.

“Meanwhile, Our Kasangati home Security Guard says that a vehicle came to our gate at 3am and someone who said was Asuman Ssemakula asked the guard to open for them. That person didn’t disclose who he was with or what it was about. The guard refused to open and the vehicle sped off!” Besigye says.

One of Hajj’s sons identified as Muhammad, said the armed men first woke people who stay in the houses outside his residency before demanding that they show them his house,

After learning which one was Hajj Ssemakula’s house, they attempted to break in but he opened and was grabbed and taken away.

“This was communicated by Hajj Ssemakula’s son, Muhammad, in a WhatsApp message sent at 2.26am. Unfortunately, I only read it much later this morning. Asuman hasn’t been heard of since that time. We’re now trying to trace his whereabouts and what this is about” Besigye added.