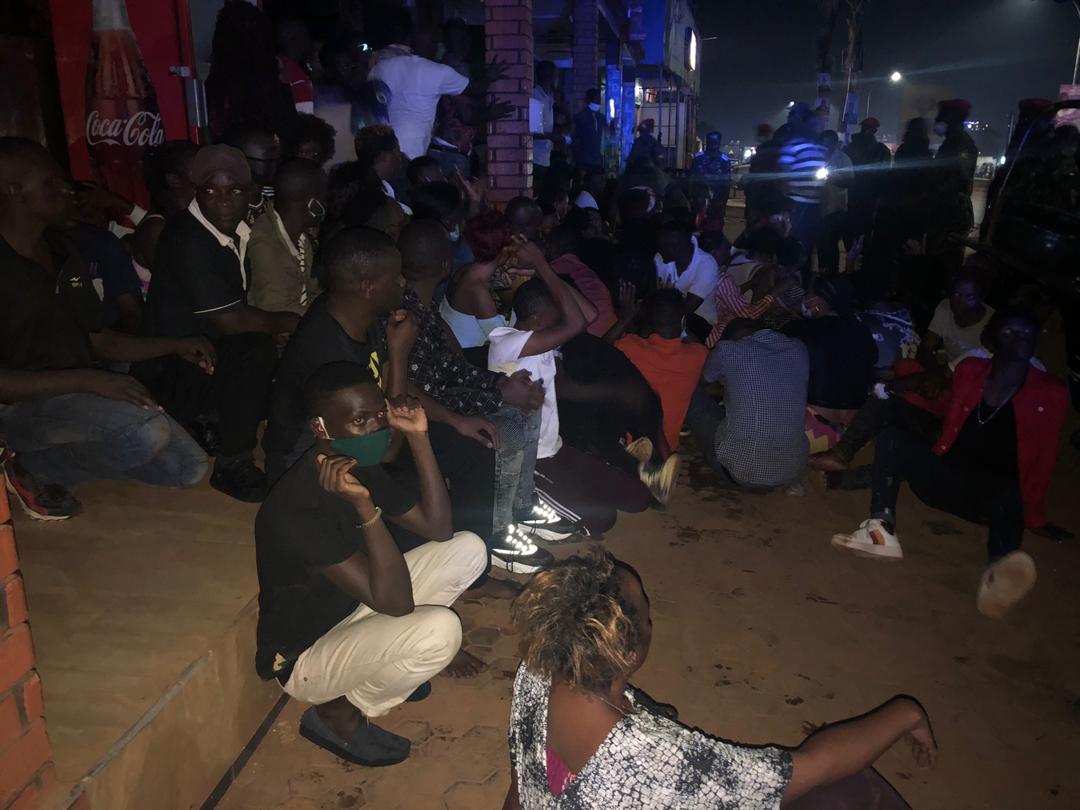 Police at Katwe are holding about 147 people who were arrested during its Christmas operations.

These were found in various bars including; Happy Boyz Namasuba, New Best Hotel Nateete among others.

According to Asp Luke Owoyesigyire the Deputy PRO KMP, the suspects were found operating against the Ministry of Health guidlines and violating the curfew as well.

They are currently held at Katwe Police on allegations of engaging in a negligent act likely to spread an infectious disease contrary to section 171 of the Penal Code Act and will appear in court on Monday 28/12/2020.

These were found flaunting guidlines from the Ministry of Health.

“We warn bar owners that operations to enforce guidelines against the spread of Coronavirus are on and those found operating bars in contravention of the fight against COVID-19 will be dealt with in accordance with the law” Owoyesigyire says.