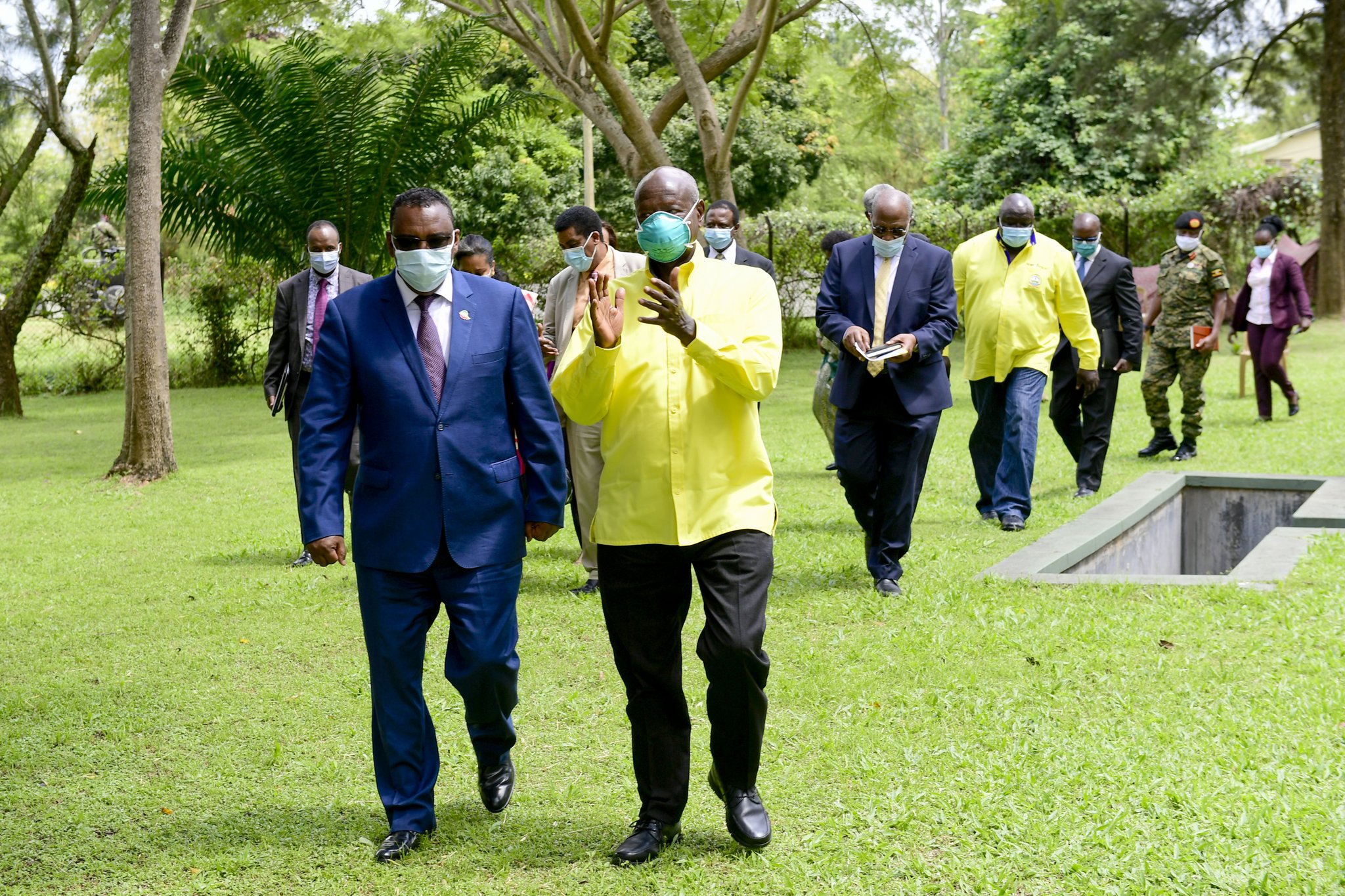 President Yoweri Museveni has Monday morning held a meeting with Ethiopia’s Deputy Prime Minister H.E. Demeke Mekonnen Hassen. The Prime Minister along with his delegation met the President at Gulu State Lodge, before he set off for campaigns in the same area.

According to Museverni, their discussion focused on the peace and security issues affecting Ethiopia currently. Being one of the oldest countries that was not colonized in Africa, Ethiopia is the pride of the continent, Museveni added.

“A war in Ethiopia would give the entire continent a bad image. There should be negotiations and the conflict stopped, lest it leads to unnecessary loss of lives and cripples the economy” The President said.

He added that Africa’s problem is that her leaders never discuss ideology, focusing so much on diplomacy.

“I totally disagree with politics that focuses on ethnic federalism. We must emphasize the issue of oneness and common interests because it is the only way we can prosper” Mr. Museveni told the delegation.

There has been talk of war looming in Ethiopia recently. On Nov 4, 2020, Ethiopian Prime Minister Abiy Ahmed ordered military action after what he said was an attack on a federal army camp. The situation is escalating with PM Abiy engaging in a bitter feud with his rivals in the northern region of Tigray.

This is said to have marked a dangerous tipping point for a country whose stability has been repeatedly tested since Abiy came to power in 2018.

According to sources, President Yoweri Museveni has at the meeting agreed to mediate talks between the Prime Minister and Tigray’s rulers, the Tigrayan People’s Liberation Front (TPLF).

On Oct. 30, the International Crisis Group warned the standoff risked triggering a “damaging conflict that may even rip the Ethiopian state asunder.”