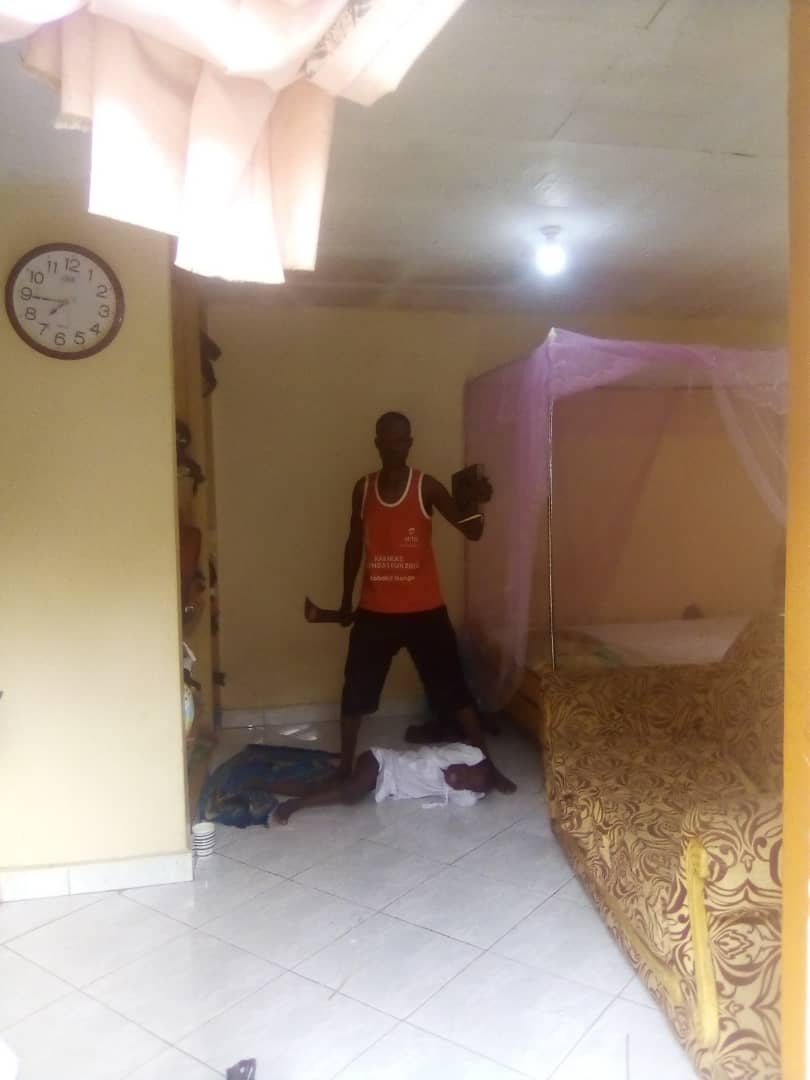 Kira Road Police Station has rescued a five-year old child, who was about to be cut by the father using a machete over unknown reasons.

Luke Owoyegyire the Kampala Metroploitan police spokesperson says that during the rescue, an officer discharged a bullet to disable the father, Suleiman Male, 28, killing him at the scene.

The incident happened on 17/10/2020 at around 11am at Kyebando, a city suburb. It is alleged Male, a resident of Kisaasi and a crafts man, picked his only child Isamu Male, 5, from their home to Kisalosalo kyebando and forcefully gained access to the house of a friend Ismail Ssesanga while wielding a machete.

All occupants in Sesanga’s house fled to the nearby police station, where they reported the case.

It is alleged that Sulaiman, was found holding the child head down with one hand and another hand raised up with a machete ready to cut.

The officers then asked him to drop the machete, the order he declined to heed to and went on to swing the weapon which put the life of the child in danger prompting one of the security personnel to shoot him and he dropped the child.

The suspect died at the scene while the child was taken to police for care as investigations continue.

The suspect’s body was also conveyed to City Mortuary Mulago for a post mortem.

“In accordance to the police standards, we have opened up inquiries into the shooting and the intention of Male. Statements from the locals at scene and his relatives have been taken” Owoyesigyire revealed