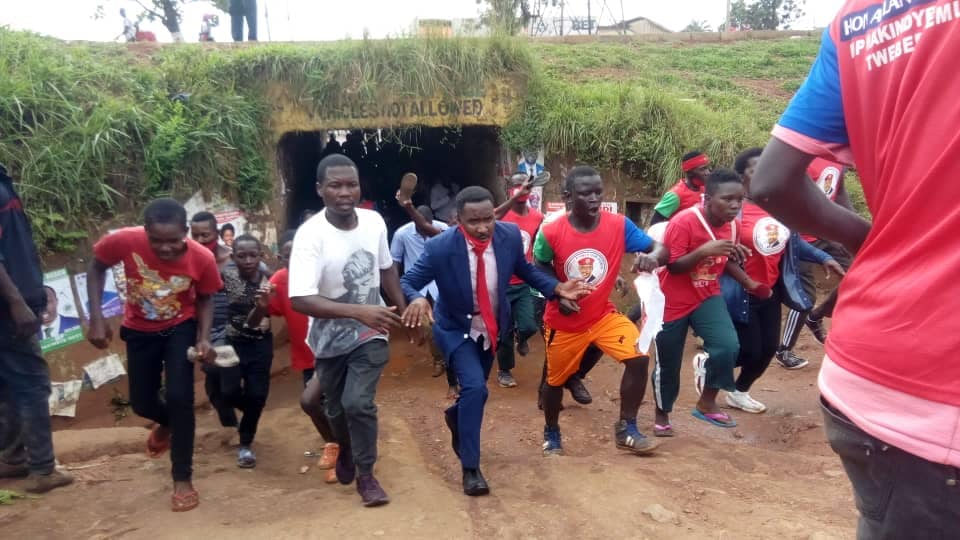 Patrick Onyango the Kampala Metropolitan police spokesperson says Hon. Ssewanyana is being held with over 31 of his supporters.

Onyango says they deployed police officers in strategic places to ensure that the exercise was carried out smoothly without any major problem.

However, there were candidates who defied the EC guidelines of moving in two cars and for them they were travelling in a procession of motorcycles and motor vehicles.

At least15 motor vehicles that were part of Hon. Ssemujju’s convoy were impounded and parked at Nansana Police Station. While two suspects were arrested and two motorcycles were also impounded.

Onyango added that in Kisekka Market, a group of youth attacked the joint security team, who were on normal routine patrol in that area, by pelting them with stones.

They damaged a military vehicle and they responded with teargas. Four suspects were arrested and detained at CPS Kampala.