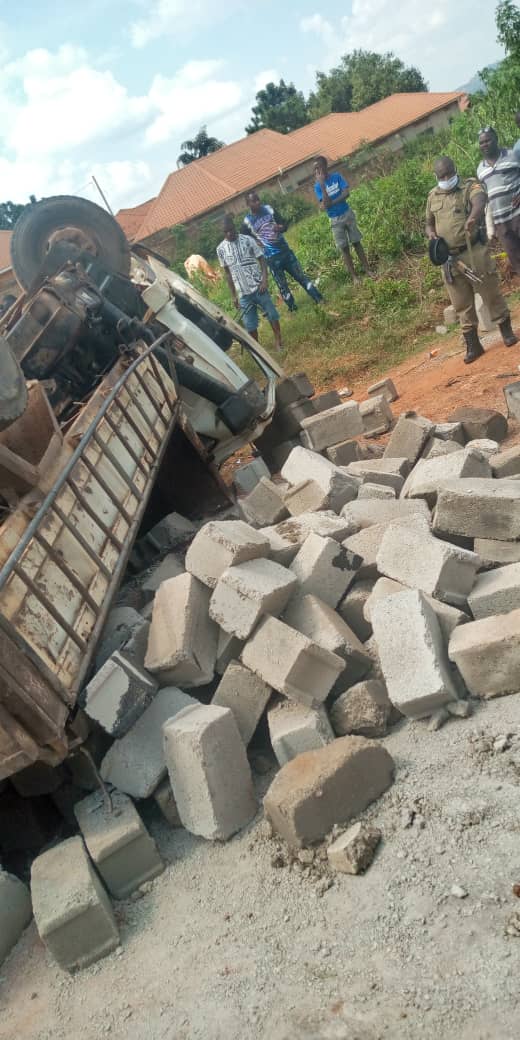 Police in Kira Division are investigating a fatal accident that happened on Thursday at Mbalwa this afternoon involving a tipper carrying bricks Reg no. UAM 372L ISUZU FORWARD.

Two people were killed in this accident, according to Luke Owoyesigyire, the deputy police spokesperson, Kampala Metropolitan area.

“It is alleged that the driver lost control as the vehicle was climbing uphill and rolled backward, overturning and killing two passengers. Three other people yet to be identified were critically injured and are currently receiving treatment at a yet to be known hospital.

Owoyesigyire says particulars for both the dead and the injured are yet to be received and that the driver who is currently unknown is on the run with a suspected broken arm.

Bodies of the deceased persons have been conveyed to city mortuary Mulago for postmortem while investigations are ongoing to ascertain what exactly caused the accident.