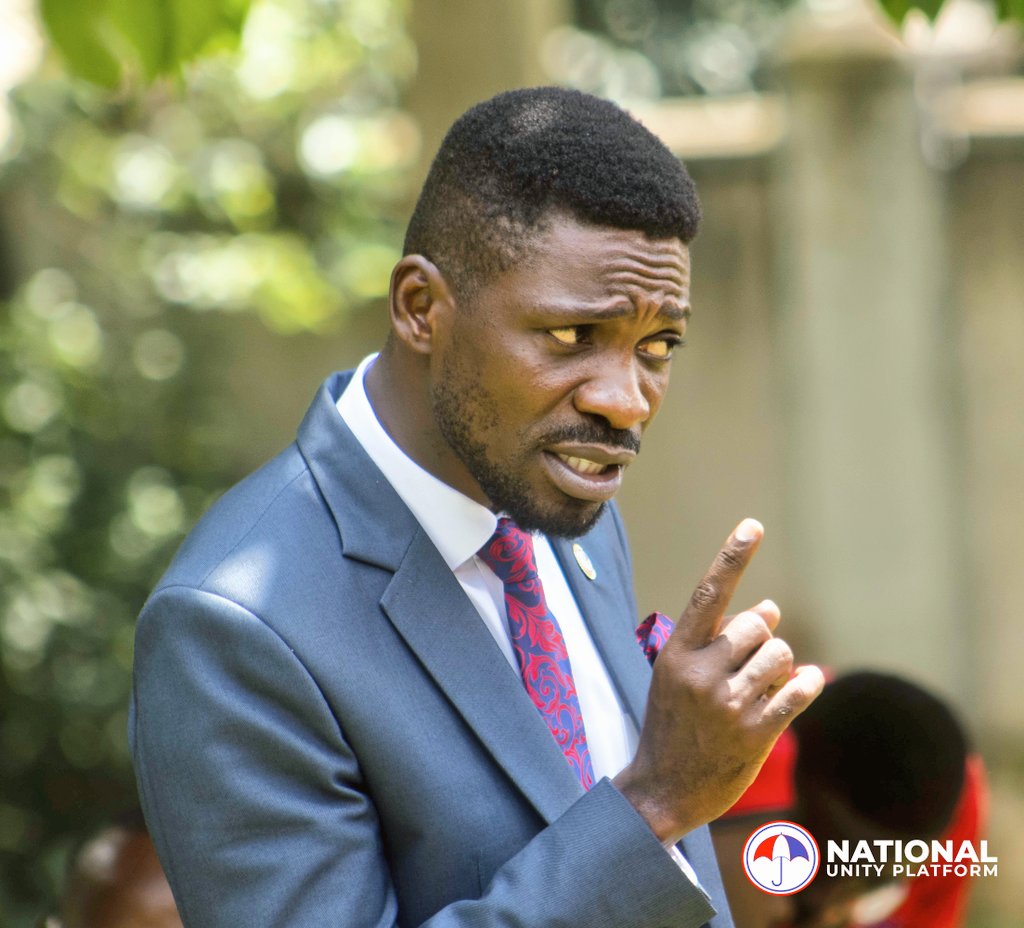 Presidential hopeful and leader of National Unity Platform Robert Kyagulanyi alias Bobi Wine, has accused city socialite Olim Charles aka Sipapa of opening fire in the middle of the Fire Base Crew a reunion in Kamwokya on Sunday.

Bobi Wine revealed on Thursday evening, that in the middle of the reunion, Sipapa who he alleges is an “NRM operative” together with two other armed plain clothed men drove in with Motor Vehicle No. UBE 229E and decided to park in the middle of the road, next to Chairman Nyanzi’s business place in Kamwokya.

“The road users peacefully asked them to clear the way, but they responded by firing live bullets towards the unarmed, non-violent citizens! The assailants immediately jumped into their vehicle and sped off. Thankfully, their bullets didn’t get anyone- but hit walls of the building!” Bobi says.

He added that as an afterthought, Sipapa later claimed that his car had been pelted with stones, which prompted them to respond with bullets and that the security agencies have not done anything to hold Mr. Sipapa and his accomplices accountable for their crimes.

Kyagulanyi says that it is shocking that what he terms as the “panicky regime” is now deploying armed criminals in broad day light to terrorize and intimidate citizens with impunity!

“If anybody thinks that this will deter us from the cause of redeeming our country that we are deeply invested in, I have bad news for you: you will not succeed! We shall and must continue to demand accountability for these wanton crimes against our people by the decadent, tired regime” Kyagulanyi noted.

At the start of this week, Kampala Metropolitan Police spokesperson Patrick Onyango said they were looking for Sipapa and his men to determine who was the owner of a gun that was used to fire the bullets.